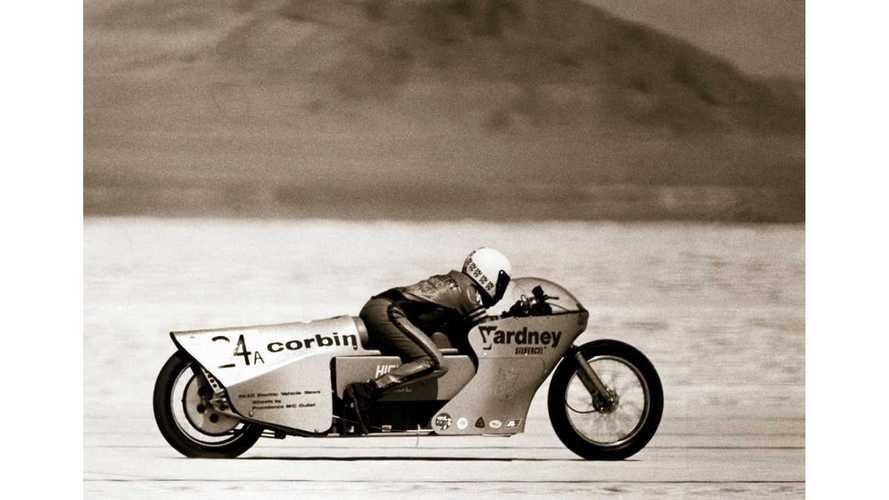 Electric vehicle history is a long story and even now we discovering new chapters and milestones.

One of such milestone was set in August 1974 when Mike Corbin (an inventor and founder of Corbin, the top motorcycle seat manufacturer in the world) set the Electric Motorcycle Land Speed Record at Bonneville with “Quicksilver”.

Speed of 165.397 mph in 1974 on an electric motorcycle? Yes. It was possible when Corbin swapped the old lead-acid pack for a new one - silver-zinc batteries made by Yardney. The name Quicksilver is derived from silver.

Such batteries had storage of about 130 Wh/kg and were the best prior to lithium-ion technology, but sadly were either primary cells without recharging capability or secondary cells with very low cycle numbers (around 200). Yardney for several decades supplied silver-zinc batteries to space missions like the latest for Curiosity on Mars.

Quicksilver had a unique drivetrain that combined two starter motors from an A-4 fighter plane.

Hopefully, one more big step in battery technology will finish ICE domination in much less than 40 years.