What Is New For Henrik Fisker In 2014? How About Getting Sued! 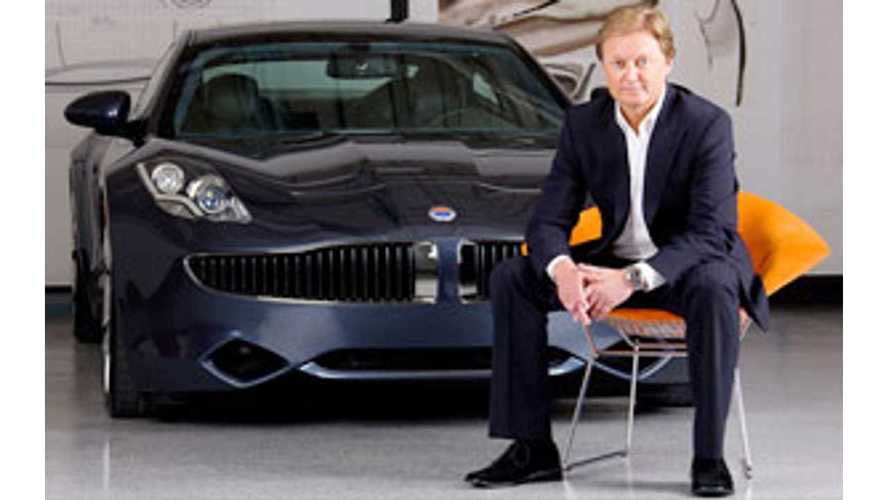 It is no secret that Henrik Fisker's 2013 was not all the great.  The early returns on 2014 aren't all that hot either.

During 2013, his namesake company Fisker Automotive went bankrupt on November 22nd of last year, but not before Henrik himself had a fairly high profile blow up with the company's Board of Directors in March of 2013 over "business strategy" and promptly resigned (and gave back his company Karma).

Given that over  1,000 unsecured creditors (most notably the ex-employees) are lined up to fight over $500,000 that Fisker's post-bankruptcy owner Hybrid Technologies, LLC has left for the "old company" as part of their bankruptcy propsal, Atlas Capital Management LP has decided to attempt to recover its $2 million investment from those players who still have some scratch left - enter Henrik Fisker and the automaker's former directors.

According to a December 27th, 2013 filing, Atlas maintains that Fisker deceived investors about its fiscal stability by both failing to disclose issues with their $529 million DoE loan (like they were being cut-off from it), as well as not mentioning a safety recall on 239 Karmas...a recall they did not issue until a day after the financing round closed.

Atlas says if they would have "... known the truth regarding the default of the ATVM (government) loan covenants, the December 2011 recall due to battery fires and Fisker's default of the DOE confidential 'key personnel' loan covenant, which were not disclosed, plaintiff would not have purchased or otherwise acquired its Fisker securities, or if it had purchased such securities, it would not have done so at the artificially inflated prices which it paid."

A Fisker spokesperson decline to comment on the lawsuit and Atlas is looking to have their purchase order of Fisker securities rescinded, and those monies returned.

On Friday (January 2rd, 2013) a U.S. bankruptcy court in Delaware, will hold a hearing to approve the sale of the company to Hybrid Technology's as well as the company's plan to repay its creditors.  This past Monday (December 30th, 2013) was the deadline for objections, and Atlas, along with the former Fisker employees, some car owners and another handful of plaintiffs have asked to have sale stopped until they have been made whole.