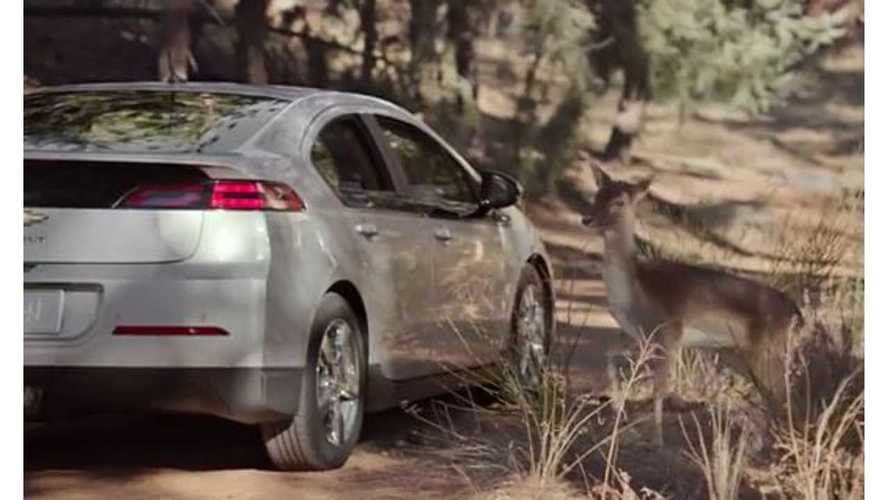 Here is where they started

In both 2011 and 2012 the Chevrolet Volt ranked first in Consumer Reports' list of owner-satisfaction based on its Annual Auto Survey, with 93% & 92% respondents saying they definitely would purchase that same vehicle again.  The Volt also won the 2011 Motor Trend Car of the Year,

Both the Volt and the Nissan LEAF won the "Top Safety Pick" awarded by the Insurance Institute for Highway Safety. And both received top ratings of "Good" for front, side, and rear impact crash tests, and also on rollover protection. All injury measurements except one were rated good, indicating a low risk of significant injuries in crashes according to the scale of severity employed in the IIHS’s testing.

Editor's Note:  The Volt and LEAF mileage numbers are compiled via online tracking of enabled cars, the actual mileages driven on pure electricity for both cars combined is assumed to be much higher than 1 billion miles.  Also of interest:  The Chevy Volt counter often runs backwards, or at the time this was written...not at all.

The Lows Along The Way

In June 2011, a fire ignited three weeks after a Volt was subjected to a 20 mph side pole impact crash test followed by a simulated post-impact rollover at the NHTSA. See #6 here. This  brought the Chevy Volt under attack and questioned whether the lithium ion battery was ready for market.  Almost immediately a series of garage fires were reported and blamed on the Volt.

At the completion of its investigation NHTSA stated that it has concluded that no discernible defect trend exists. The Volt was also later cleared in every garage incident but the media damage was done.

In May 2012, several U.S. LEAF owners reported seeing only 11 of 12 battery capacity bars  indicating  some battery capacity loss. As the summer progressed, more LEAFs reported loss of two, three, and a rare four battery capacity bars. Most cases were confined to regions with hot climate, such as Phoenix, Arizona and regions of Texas. In September 2012, Nissan Executive Vice President declared that there was no problem with the battery and that any customer complaints were the result of instrument problems.  As a response, a group of 12 Phoenix Leaf owners lead by EV advocate Tony Williams participated in an extensive independent test in controlled conditions. The test confirmed that the Leaf did indeed suffer from poor instruments, but also proved significant capacity loss in some cars.

In January 2013 Nissan USA announced that it will offer an extended battery warranty that would also  include 2011 and 2012 LEAFs as well.

First a report on the fires that have occurred either while stationery, driving, charging or in a collision. (crickets)

With the US reporting 90 fires per billion miles driven, remarkably neither of these pioneering EVs have produced a single fire. I consider this newsworthy. For all of the hype surrounding EVs and the potential for fires, this is big news.

Naturally at some point a fire instance will inevitably break in both these cars, but zero fires in a billion miles? This is the story so far.

In January 2013, Nissan began production in Smyrna TN. The facility is capable of producing 150,000 LEAFs annually, but is currently tooled to build just under 40,000.

With over a third of this market manufactured in the Americas and the US leading in sales, would we not expect more accolades from the media? Between Nissan, Chevrolet, Ford, and Tesla, it is possible that 100,000 EVs could be produced in the Americas this year.

Expect to see the next billion miles and millions of gallons of oil saved much sooner than the first.