Op-Ed: BMW Looks To Have The Safest EV On the Market With The i3 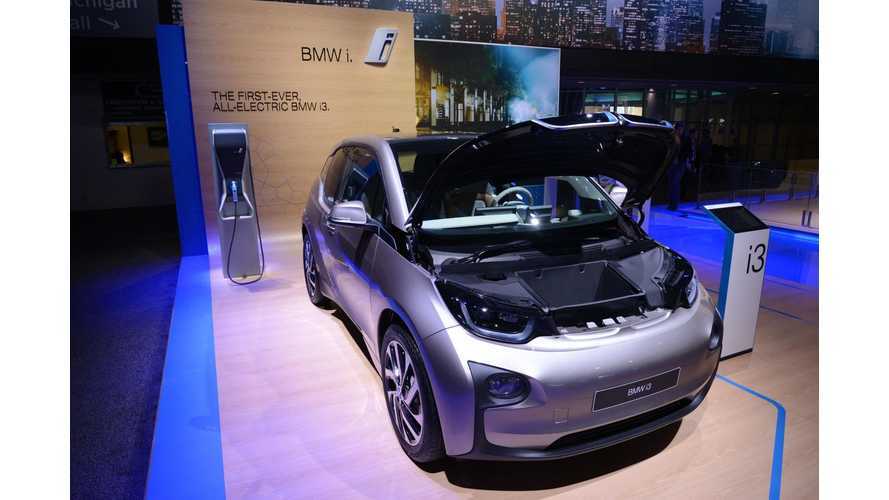 The fatality rate for automotive accidents has been steadily declining over the last several decades, down 60% since 1969. The total number of motor vehicle deaths has also decreased over that span. Amazingly enough that is very shortly after the automotive manufacturer rattling book by Ralph Nader "Unsafe At Any Speed" hit the bookstands. A number of OEM safety features have contributed to the decline.

Certainly safety belts were some of the earliest safety features and they have continued to improve over the years. Anti-lock brakes were then introduced which reduced braking distances. Shortly thereafter the first air bags appeared in American automobiles although they were not widely available until the 1990s. During this time, the OEMs developed the concept of crumple zones to reduce the amount of energy transferred to occupants. More air bags throughout the interior have been added over the years.

A number of other incremental safety features were incorporated into automotive design for safety including soft interior surfaces, rigid passenger safety cells and pre-tensioning safety belts. Virtually all of these provisions for safety were centered around increasing accident survivability and reducing injury in the event of an accident and the data shows that they have worked magnificently.

In recent years the focus has been on accident prevention - how to impart more control in a variety of driving situations to allow for accident avoidance either by acceleration or braking intervention. Known as pre-crash systems or collision mitigating systems, BMW has absolutely kept pace with the development and implementation of such automotive features. With cameras, radar sensors, yaw sensors, accelerometers etc., the i3 has every kind of physical sensing available on modern vehicles. With these on board sensors, the i3 has taken safety to a new level. There is nothing safer for being in an accident than preventing the accident in the first place – that is the future. Would you rather be in the most protective vehicle on the planet in an accident or not be in the accident at all?