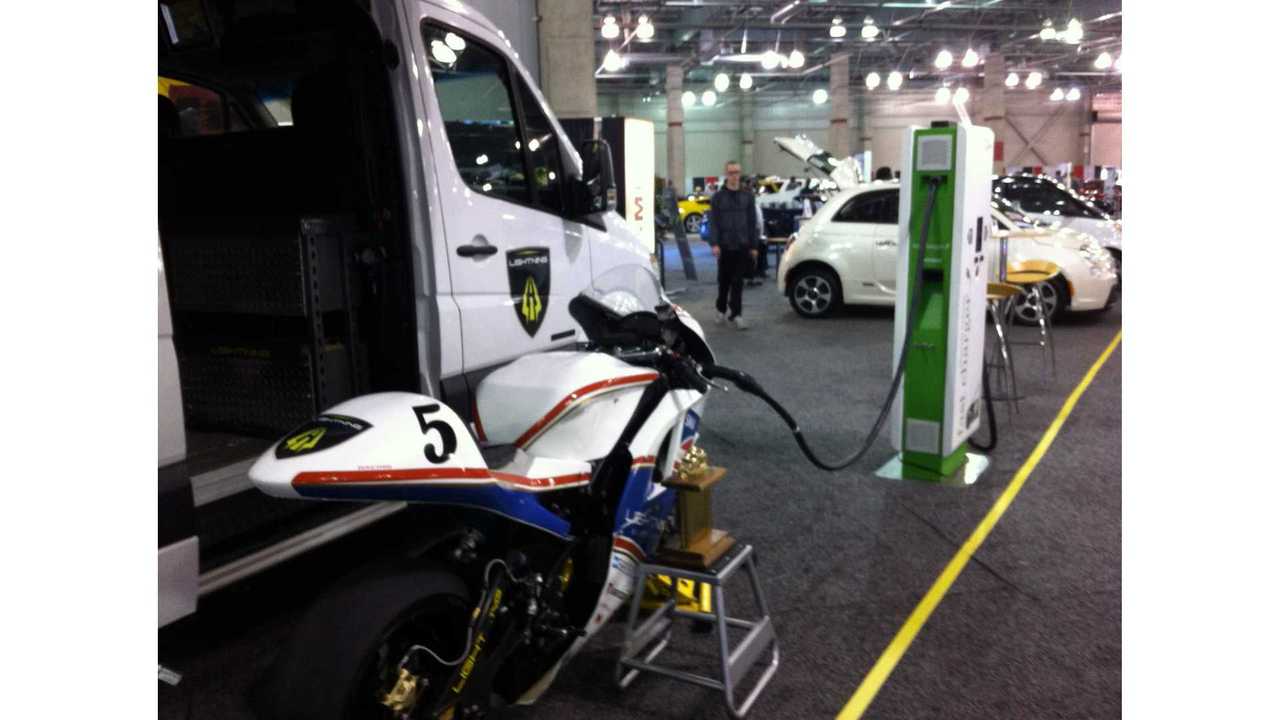 Before 2013 comes to a close, Lightning Motorcycles from San Carlos, California reached an important milestone of building VIN0001 electric motorcycle for a retail customer.

However, this is not the $38,000 Lightning SuperBike top-spec bike that won Pikes Peak and was shown with DC charging capability.  This is just a "mid-range model" offered for ~$16-17K.

According to EV World, deliveries of Lightning's motorcycles will start in Q1 2014.

Below is video interview with Richard Hatfiel, a developer of electric motorcycles for the last decade or so and founder and major shareholder of Lightning Motorcycles.