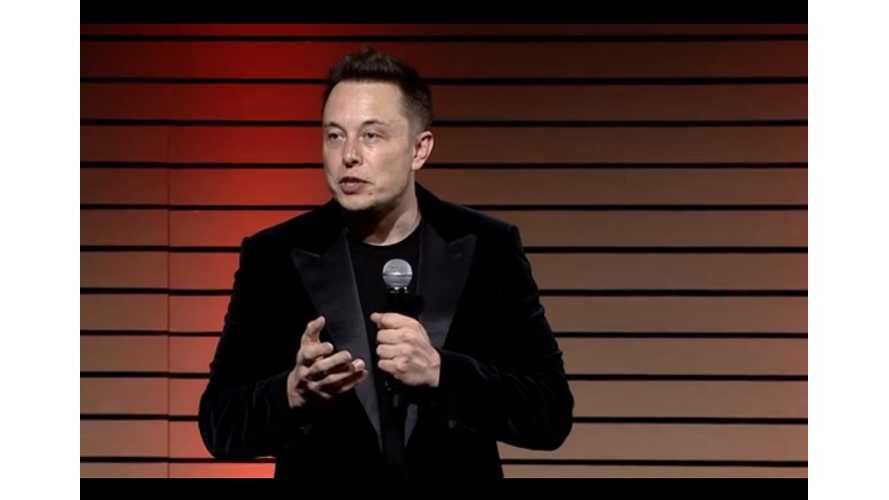 CNBC's Philip LeBeau has selected two automotive masterminds as his picks for the most influential people in the auto industry over the past 25 years.

Another Day, Another Award Selection

"One is a maverick. The other, a master of the turnaround."

Though Mulally played some role in getting plug-in vehicles out there, the focus here will be on Musk and why he was selected.

Here's an excerpt from LeBeau's article on Musk:

"Think back to the 2007 Detroit Auto Show, when General Motors unveiled the Chevy Volt. At the time, most people said, "Wow, won't it be interesting if electric vehicles truly become a reality and not just an idea?"

"Nearly every time the skeptics have scoffed at his plans for Tesla, he has proven them wrong."

"They said electric vehicles wouldn't sell in big numbers. This year, Tesla will likely sell more than 35,000 vehicles, according to analyst estimates."

"They said electric cars would sell only on the two coasts, mainly in California. There is now a Tesla Model S owner in all 50 states, and sales are growing in such places as Chicago, Denver and Dallas."

"They said Tesla would be a niche automaker with limited impact on the industry."

"One last way to gauge Musk's impact on the auto industry—Tesla's staying power. The last time someone created an all-new automaker in the U.S. that lasted more than a few years was Walter P. Chrysler. He did it 89 years ago."

For more on the selection of Musk and to read the reasons why Mullaly was picked, follow the source link below.