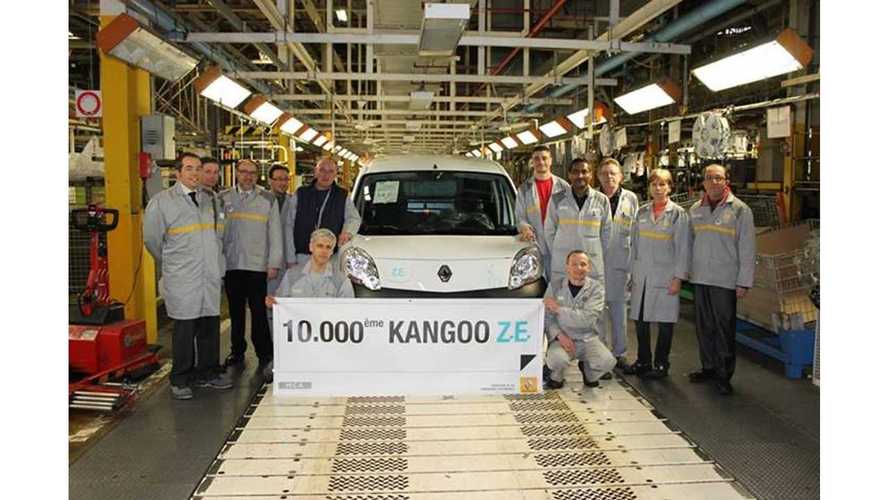 Renault has thrown out its 12 favorite moments of 2013; and while some of the items on the pictoral list are a little "middle-of-the-road" non events, others - like building their 10,000th Kangoo ZE (the world's best-selling electric van) earlier this year are notable.

In no particular order, here are the 2013 in review snapshots:

May 2013: Renault introduces partnership with Spark Racing Technology and Formula E Holding - Renault will work as Technical Partner in the FIA Formula E Championship, which is a championship featuring racing cars powered exclusively by electric energy

June 2013: The Renault Twizy exdpands with the Twizy Cargo, a new version designed for carrying goods!

September 2013: The Spanish reporter Raúl Roncero set a new record with Renault ZOE in Madrid: he drove non-stop for five hours and seven minutes, travelling a total of 264km (164 miles) on a single charge.

September 2013: If you plan to drive Renault ZOE in France, you can charge it in one of the 372 Renault dealerships in the country. Renault states that "...a free 1-hour charge per day can be very useful"

September 2013: Finally you will be able to plug your Renault ZOE into a standard domestic socket in early-2014

October 2013: Renault Z.E. is coming to Brazil and to Mexico

December 2013: Renault introduces Next Two - their "ultra-connected car project with driving delegation!" Yeah, we don't know what it is either...