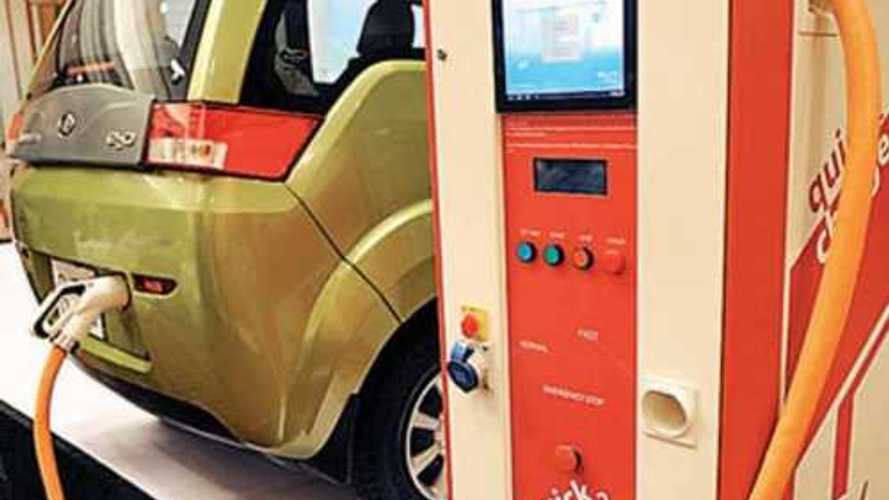 Most US cities are without DC quick chargers, but Bangalore, India will soon be home to 20 of those highly desired units.

In an effort to drive up EV adoption and to boost Mahindra Reva e20 EV sales, the city of Bangalore is moving forward with plans to put 20 quick chargers in the ground.

Mahindra Reva is behind the program, called "Quick2Charge," which will get those DC chargers in by the end of 2014.

"The stations are called quick2charge because charging for merely 15 minutes can enable an electric car to run 25 km. Likewise, 30 minutes for up to 50 km and one hour for 100 km. In stark contrast, charging at a regular station for one hour can power a vehicle for only up to 20 km."

The lack of public charging stations is thought to be one of the primary reasons why EVs are not selling  well in India.  Mahindra Reva says sales of its e20 have totaled only 500 units since it launched in India in March 2013.

As for the DC quick chargers, DNA India states: