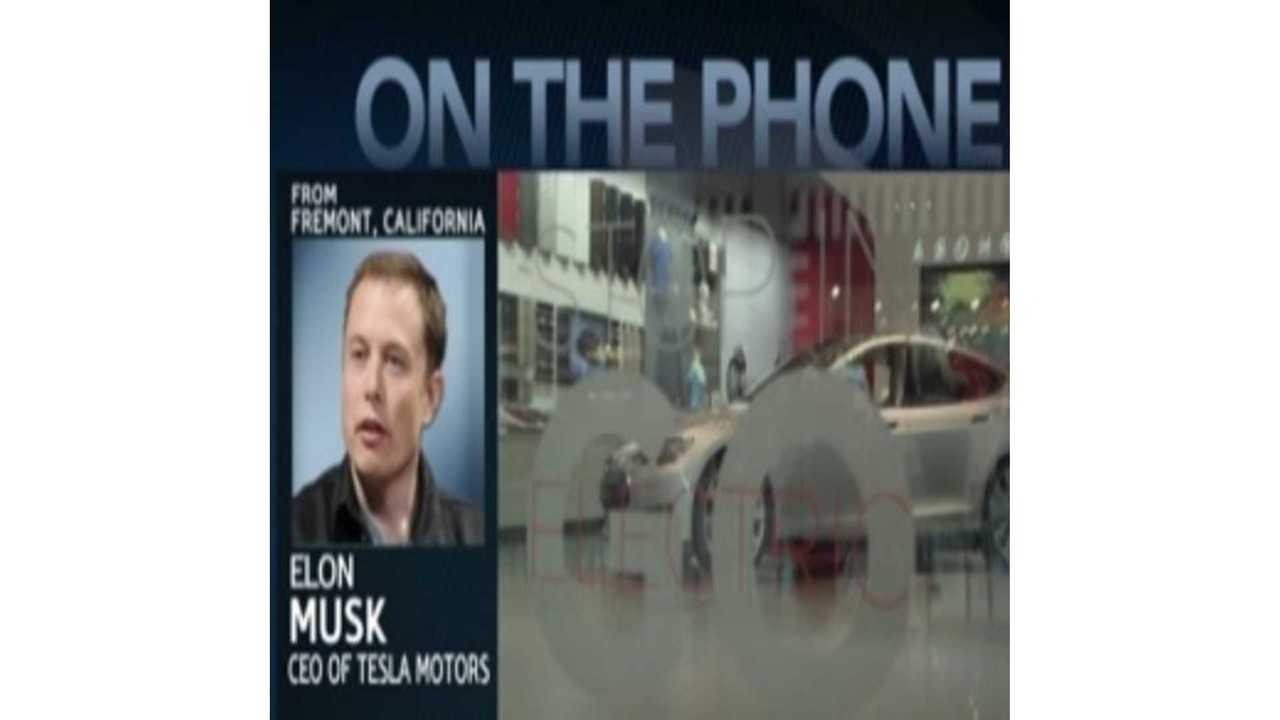 Though Tesla Motors CEO Elon Musk didn't discuss the Tesla battery giga factory or the Tesla-Apple meet-up during the earnings call yesterday, he did hold a phone interview with Bloomberg in which both topics (and way more) were discussed.

Musk Answers Some Hard Questions on the Phone

On the Apple meet-up, Musk stated:

“We had conversations with Apple.  I can’t comment on whether those revolved around any kind of acquisition.”

The description that goes along with the Bloomberg video is as follows: