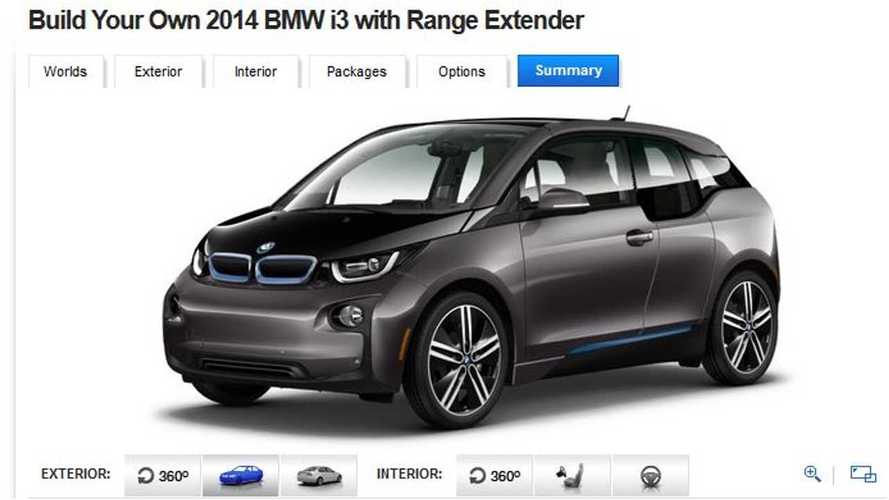 BMW has sort of fired up its build configurator for the i3 REx (and BEV version of the i3), so we took a crack at maxing out the price by ticking all of the option boxes.

BMW has always been a fan of expensive options and most BMW buyers tick a lot of the boxes.

As we suspected, a typically equipped i3 REx will easily cost north of $50,000.

That's a lot of dough, but it's just cheap enough that buying a bare bones 60-kWh Tesla Model S at $71,070 (before the $7,500 federal tax credit) will likely not be considered an option for most i3 REx buyers.

Try out the i3 REx configurator for yourself by following this link.

Or the i3 BEV configurator at this link.