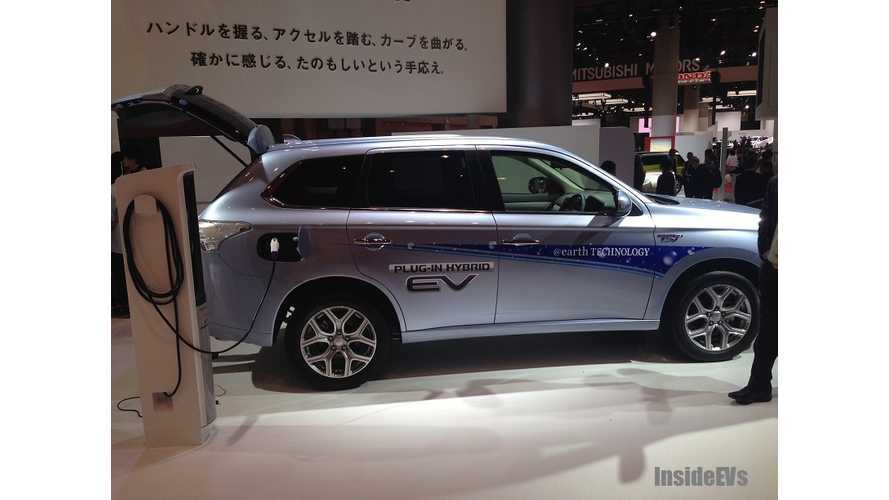 Mitsubishi President Osamu Masuko has re-confirmed that the Outlander PHEV won't launch in the US until some undisclosed time in 2015 in speaking with the Automotive News.   About 3 months ago we spoke to a Mitsubishi representative ourselves who also told us that the plug-in Outlander would not be appearing until calendar year 2015.

The delayed launch is due to battery shortages, explains Masuko.

In January 2013, the Outlander PHEV launched in Japan.  Since then, sales have expanded to portions of Europe, but limited battery production from supplier Lithium Energy Japan means that a US launch is out of the question for at least one more year.

Currently, Mitsubishi gets 4,000 battery packs per month.  That'll increase to 5,000 in month by April.  Those packs are used in the Outlander PHEV and most of the MiEV variants.

For most of 2014, Mitsubishi expects to be able to sell 5,000 plug-ins monthly, but that still won't be enough to expand Outlander PHEV sales to the US.  That'll happen in 2015 when perhaps up to 10,000 or so plug-in Mitsubishis can be sold monthly around the globe.