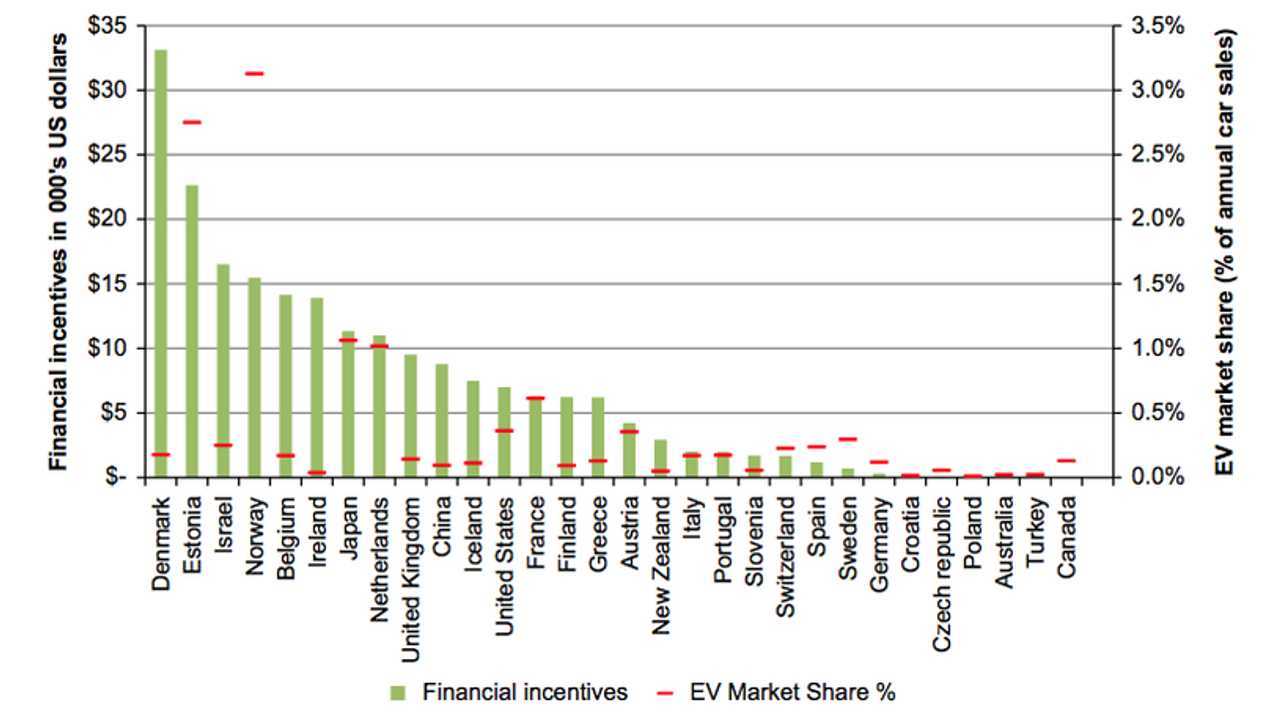 "A study by researchers at the Delft University of Technology (The Netherlands) examining the impact of financial incentives and other socio-economic factors on electric vehicle (both plug-in hybrids and battery electrics) adoption in 30 countries found that financial incentives; the number of charging stations (corrected for population); and the presence of a local manufacturing facility were positive and significant in predicting EV adoption rates for the countries studied."

However, we find that these two graphs show little correlation between financial incentives/charging stations per capita and EV market share.

Obviously, there's info to be gleaned from these two graphs, though we're not too sure what info is to be found.  So, we'll leave it to you to see what's there to be seen.

Public Charging Stations Per Capita Versus EV Market Share in 2012