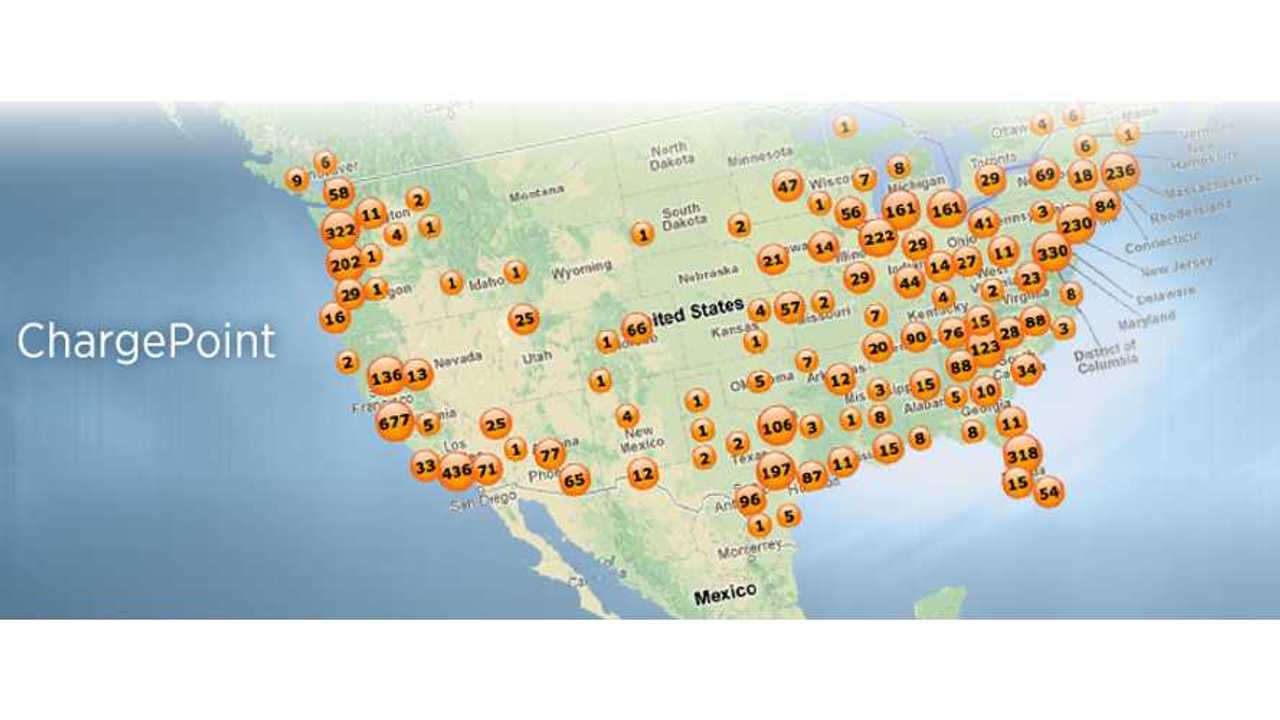 ChargePoint Network - stats as of end of 2013

ChargePoint (previously known as Coulomb Technologies) lays claim to the largest open electric vehicle (EV) charging network in the world—nearly 15,000 points.  Those points are mainly in U.S., but some are found in other countries.  Almost all of those points are AC units with several kW of power.

The unique thing about ChargePoint is the large number of hardware vendors that can join the network with their Level 1, Level 2 or DC fast chargers. ChargePoint manufactures equipment too, but seems to like being an operator more than a hardware supplier only.

After several years of development, we can now check how quickly ChargePoint is growing based on press releases in which we see numbers on infrastrucutre.

The first thing that we should look at is the number of charging points and the number of users. In the summer of 2012, ChargePoint had over 8,000 points in the network.  In the beginning of 2013, this number exceeded 10,000. The number of registered users was at the time over 25,000.

Since then, growth seems rather linear with 350 or so new points added each month and over 2,000 new users.  The second number seems high, but we must remember that the U.S. has well over 170,000 plug-in vehicles now, so at the end of 2013 just one third are using ChargePoint (possibly less because we should add in some users from other countries where ChargePoint has some points too).

Rather linear growth, but on the 2.5-year scale is an even better look at the energy dispensed and number of sessions.

ChargePoint had less then 100 MWh a month in the Summer of 2011. Monthly growth across years seems to be at more or less 50 MWh each month (from 40 to 60 MWh let's say). 50 MWh of more energy provided to EV drivers is equivalent to over 2,000 fully charged Nissan LEAFs.

Energy dispensed a month in MWh

Average number of sessions per day

At over 200,000 charging sessions a month and with well over 50,000 users, we see that on average electric car owner who is using the ChargePoint network uses a point once a week. Sadly, we don't know this info about the majority of EV owners who are outside of ChargePoint's 54,000 users.

On the other side, one charging point is currently used 15 times a month.

On average, one session consumes now over 7 kWh of energy, so charging times are likely 1 to 2 hours on average.

The question is, will this linear trend continue in 2014 and should it be linear when electric vehicles sales are growing closer to an exponential rate?