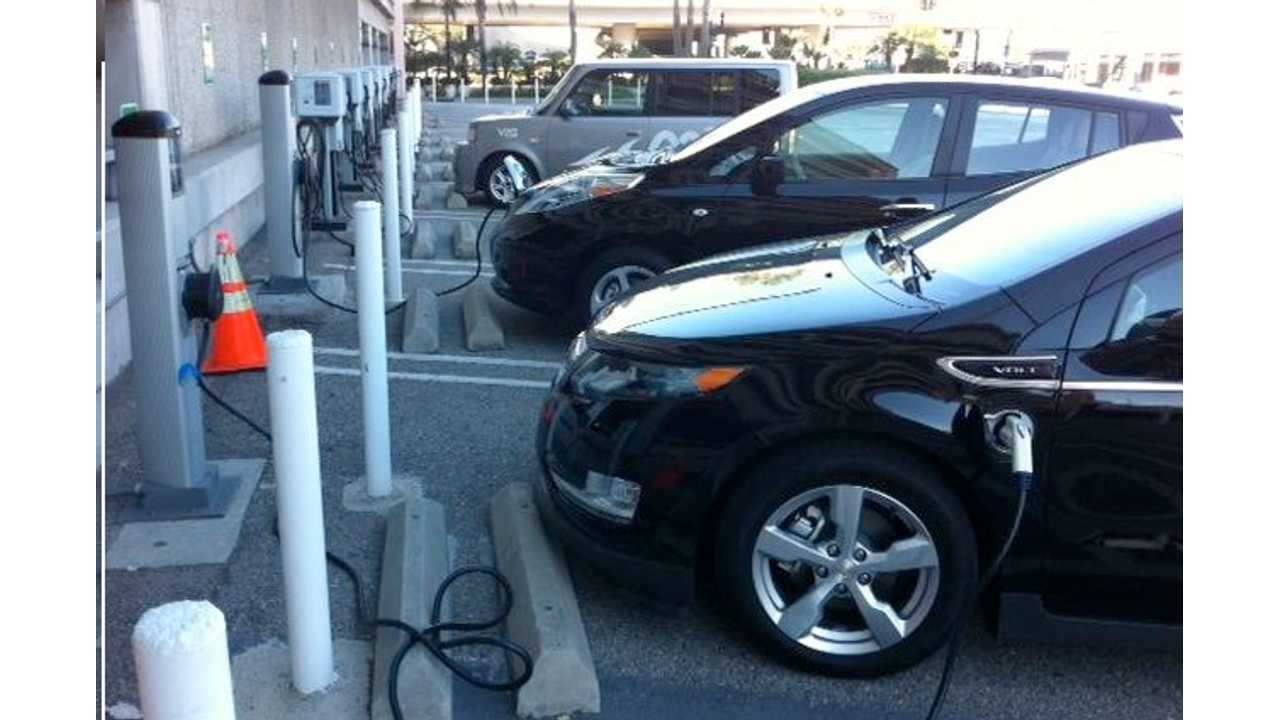 The US Energy Information Agency has projected that plug-in vehicles sales will reach 2% of overall Light Duty Vehicle (LDV) sales by 2040. If overall LDV sales were to hold constant, this would amount to about 290,000 annual plug-in sales by 2040 (at today's annualized rate). I'm not sure how one even makes a prediction of such a thing 26 years out, and keeps a straight face, but there it is.

Around 300,000 plug-in sales per year doesn't seem like a lot of growth...especially considering the myriad of new players, like the Outlander PHEV (above), that are still yet to go on sale in the US.

For those like myself who have so little to do that annual sales of plug-ins are dancing around in our heads like sugar plum fairies, this prediction strikes as being a touch low.

Taking the growth from 2012-2013 of plug-in sales and projecting it out, one can see in the chart below that plug-ins will reach 290,000 annual sales some time between 2017-2018. Of course, it is highly unlikely that sales will grow by exactly 44,000 each year. I feel quite certain in saying that the number will be either higher or lower than that.

Also note, that 2017-2018 is when the cumulative sales of plug-ins will reach 1 million cars. Obama will have missed his 2015 target by 2 or 3 years. We'll leave it to Fox and CNN to hash out whether this is abject failure or success or just maybe something in between.