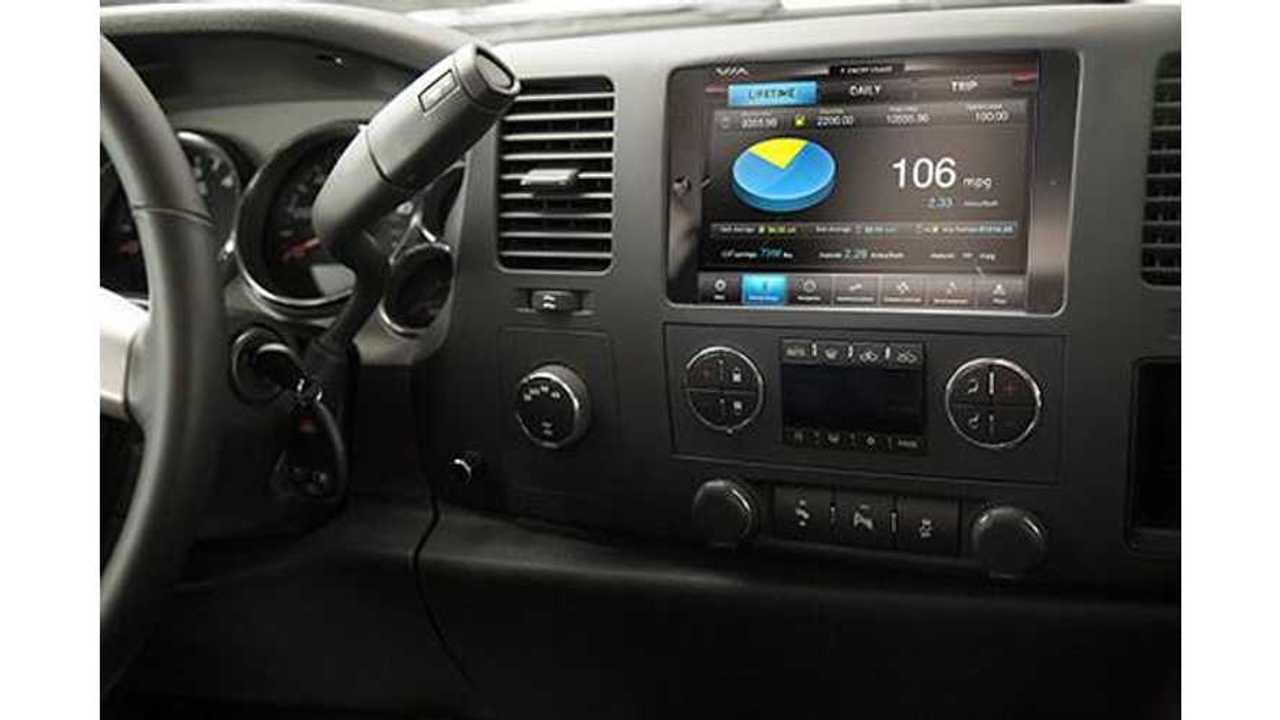 VIA has a new in-dash system to show off...

...but before we get into that, we should note that although the VIA extended range truck, van and SUV are about equal in cost to a well equipped Tesla Model S, their new in-Dash electric vehicle control system is not at all alike.

However, considering the originally shown demo of a wrapped iPad stuck to a Chevy dashboard, this new system has been integrated into the front console a lot more cleanly.

This Is How The Original Concept From VIA Looked

VIA plans to do a full unveiling and walk through of the iPad in operation shortly as the system will be available in all their upcoming 2014 models.