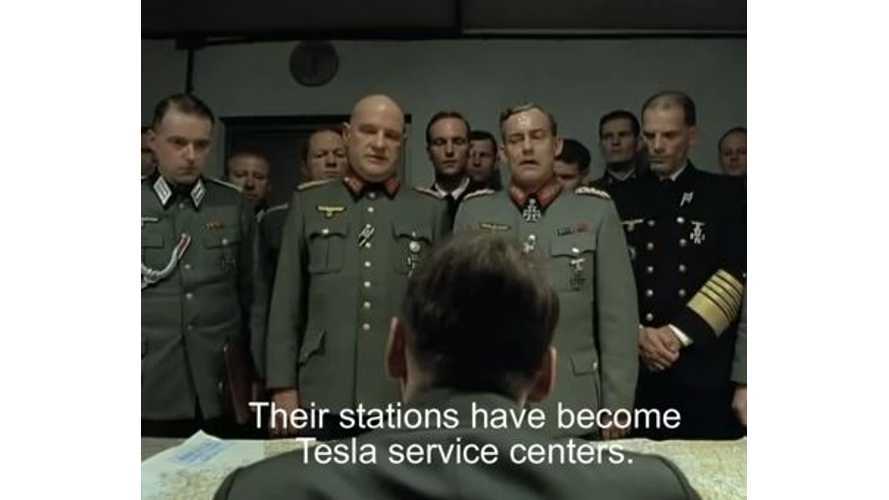 "This is a parody of the rant scene in the German film "Downfall."  It now involves Tesla Motors Supercharger stations surrounding Berlin as electric cars replace those with internal combustion engines."

For those that don't know, "Downfall"  is a 2004 German war film depicting the final ten days of Adolf Hitler's reign over Nazi Germany in 1945.