Volkswagen e-Up! is "Shockingly Good" - Almost in BMW i3 Territory 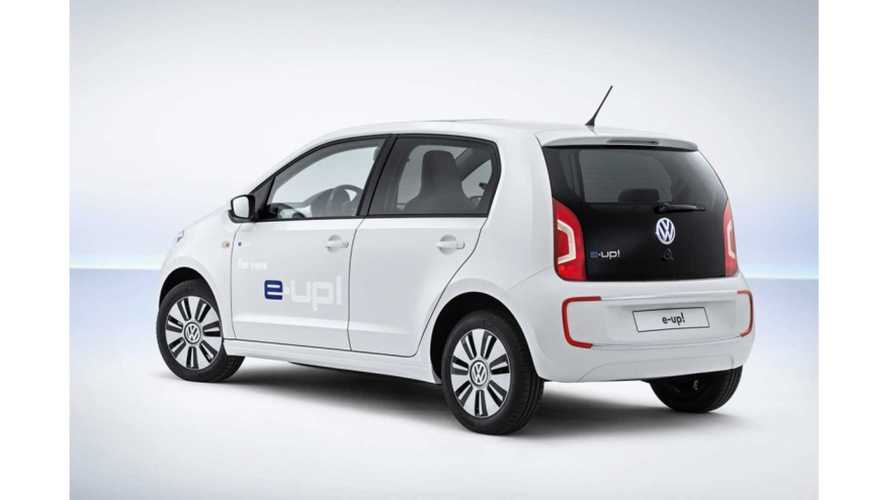 All we keep hearing is rave reviews for the Volkswagen e-Up!

Sure, it has serious range restrictions, as do most all EVs without a Tesla badge, but as an urban runabout, the e-Up! may well be at the top of the class...or darn close.

"Back in November, we crowned BMW's radical i3 the best electric car in Blighty – or anywhere else in the world, for that matter."

"Just a few months later, that title is already under threat and from a surprising new entrant into the EV market. It's the new Volkswagen e-up!"

Tech Radar isn't surprised by the existence of the e-Up!, but rather by how good it actually is.

In this urban EV grouping, the BMW i3 and Renault Zoe need to be tossed into the mix for the sake of comparison.

So, here we end up with 3 urban EVs priced as follows in the UK:

Here are a few snippets from the Tech Radar review of the e-Up!

"Crikey, it's quite quick. That's your first thought when spool up the e-up!'s electric motor."

"With the e-up!, you don't know quite know what it's going to be like and so it's a pleasant surprise to find it feels significantly gutsier off the line than a conventional hatchback. "

"50 miles out of it, even driving like a berk. 60 to 80 miles is probably a realistic expectation for most normal drivers."

And now onto the verdict:

But is it better than the BMW i3?

"In simple terms, it's not as accomplished or as innovative as the i3. Yes, the i3 is around £5,000 pricer. But then it's so much more advanced, that price premium actually seems cheap."