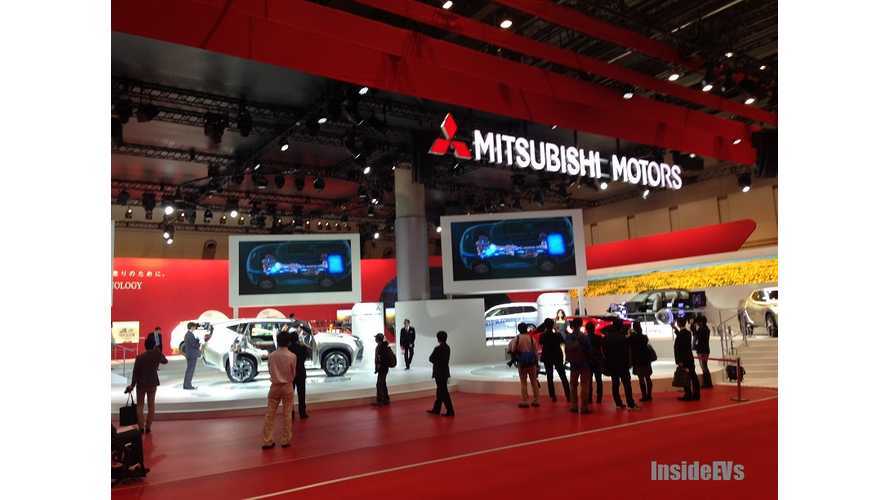 Masuko touched on several topics, including Mitsubishi i-MiEV production and its next-generation replacement.

Here's what Masuko stated in regards to the battery production issue and how it relates to the i-MiEV:

"Right now, we want maximum production of the plug-in hybrid, so i-MiEV battery production is being deprioritized. We can make only 30,000 plug-in vehicles this year. But from next April, battery output should increase to just over 5,000 units a month, and that means about 60,000 units annually for the plug-in. By then, we will have shifted battery production for the i-MiEV to a different plant."

The plug-in hybrid that's getting all those batteries is the Outlander PHEV, a vehicle which is selling like crazy these days, despite not being available in the US yet.

In regards to the next-gen i-MiEV, Masuko stated:

Eventually, the i-MiEV will get a next-gen replacement.

"Regarding the next generation, we're not sure if it would be the same size. It might be better to have a vehicle a little larger."

"The problem at the moment is that we're not able to produce enough i-MiEV batteries. But from next April, there will be an increase in the production of batteries for the plug-in hybrids."

So, it seems a next-gen i-MiEV is likely coming and thankfully it'll grow in size.