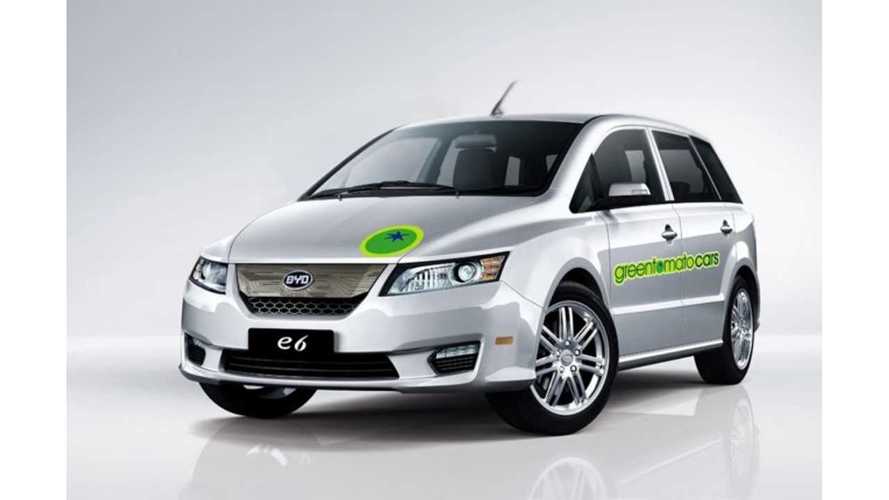 Green Tomato Cars Currently Operates More Than 300 Cars In London, Mostly In The Form Of The Toyota Prius

GreenTomatoCars, a private hire fleet in London, cancelled its cooperative deal with BYD to deploy a fleet of 50 e6 electric taxis.

Agreement in this matter was announced in October 2012, but - according to media reports - the partners had mutually decided to give up.

GreenTomatoCars has hundreds of Toyota Prius hybrids and even a Tesla Model S and a Hyundai ix35 Fuel Cell in its fleet.

"At the moment we’re very interested in the Tesla Model S - it’s a beautiful car, and takes the electric vehicle to another level, beating many of its equivalent ICE equivalents. Last week we were also test-driving the Hyundai ix35, their Fuel Cell EV. We know that Toyota are also very keen on this technology so will be keeping a very close eye on how things develop."

On the other hand, BYD recently launched an electric taxi project in London together with Thriev.