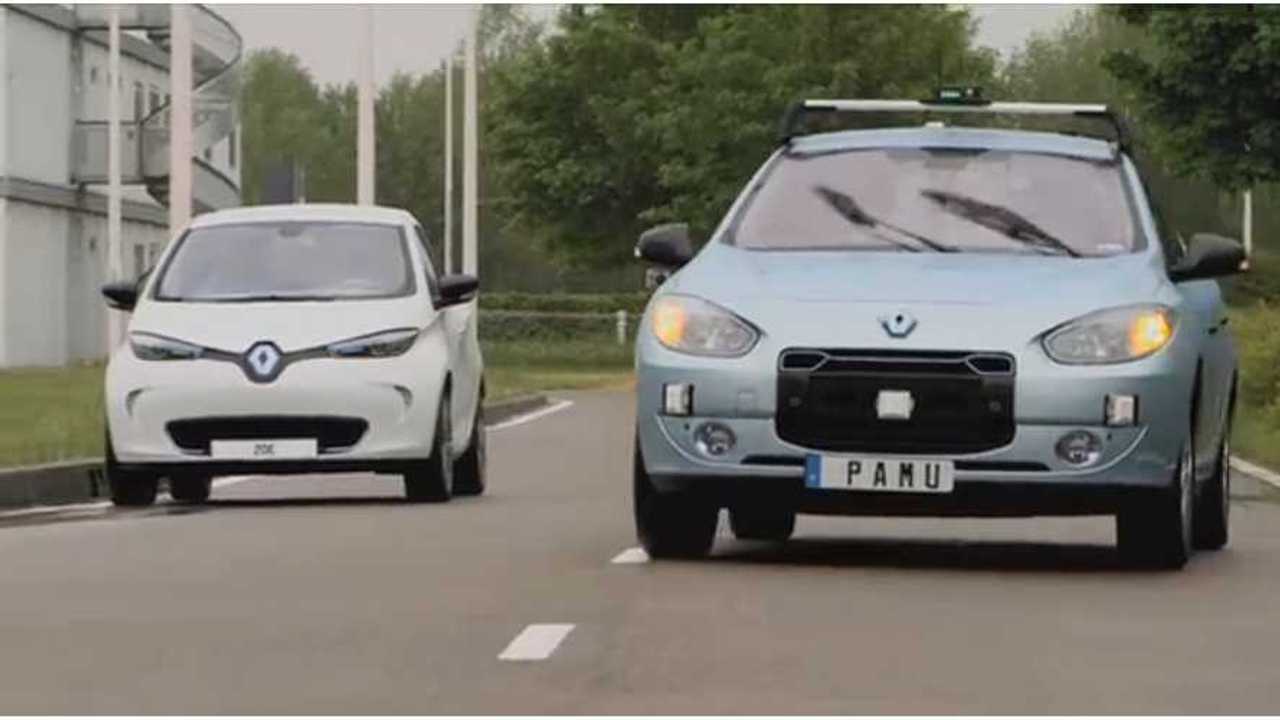 Sure we have seen more than a few autonomous driving demonstrations with electric vehicles by now.

Driverless EV demos are so frequent you would almost believe it was a requirement to selling any vehicle with a plug;  but in the case of the Renault AUMP project, this automaker takes it a step further...and in a logical direction for once.

The AUMP program (Advanced Urban Mobility Platform) is based off a Renault Fluence ZE and for once would actually fill a need.  Valet car service.

“Driving a car is generally a pleasure, but sometimes it’s not, like when you spend hours looking for a parking space or you have to park in an underground lot. This is exactly why restaurants have a valet service – at a price, of course! That’s where the idea comes from: why not simply an automatic driver? And in the same spirit, how about a car that picks up its driver rather than the other way round?”

Basically you call the car.  It finds you.  You drive the car around as you need.  Then you send it away.  It finds its own way home, and of course charges itself (via inductive charging) until it is need again.