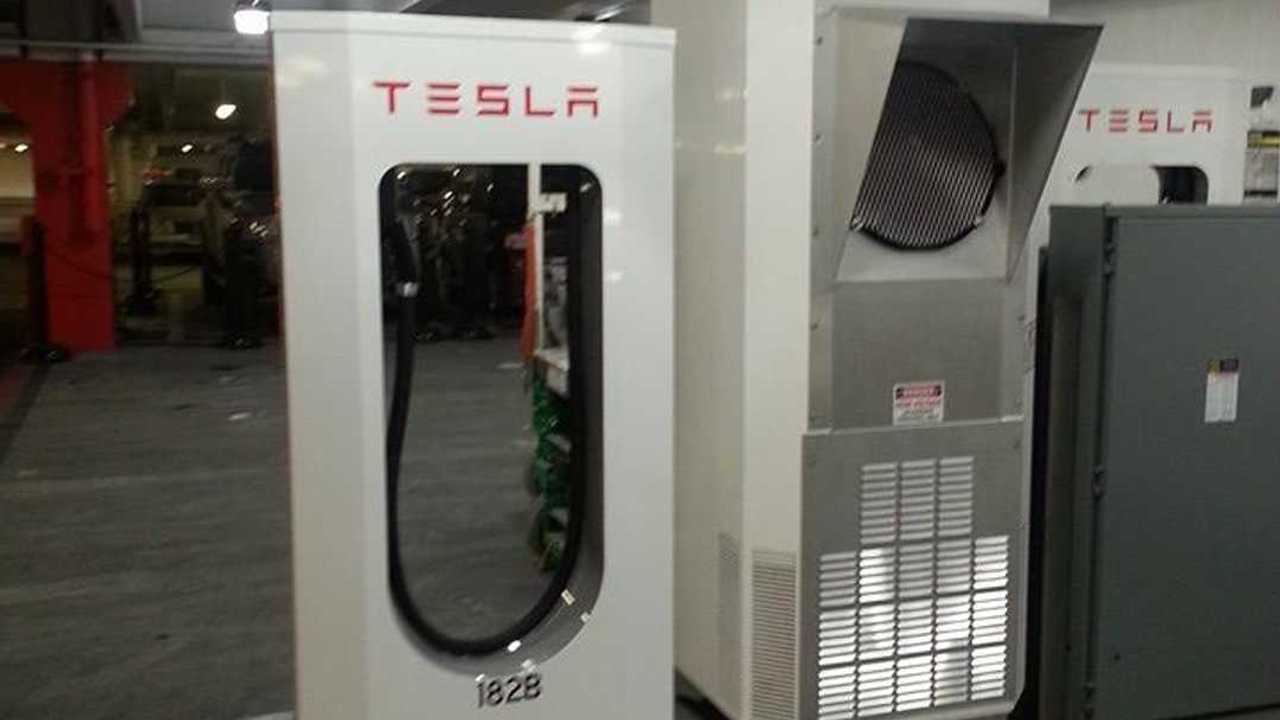 "The Bethesda Supercharger is a Mobile Supercharging Unit designed to support customers while we complete construction of an 8-stall permanent Supercharger location in Woodbridge, Virginia opening soon."

However, we sense that this particular 2-stall Supercharger will stay put even after that "8-stall permanent Supercharger location in Woodbridge, Virgini" comes online.  Tesla's cost for this Mobile Supercharger is only $35,000.

What's unique to this Bethesda Supercharger is its mobility.  From the image, you can clearly see where a fork lift could pick up the Supercharger for movement to a new location.  This would allow Tesla to temporarily place Superchargers where needed.  For example, if Tesla hosts a racing event, a few mobile Superchargers could be placed track side.  Or if there's a BIG Model S meet up, Tesla could get a few of these units on site.  Additionally, we think you'll start to see more and more of these chargers at Tesla's various stores and service centers.

Yes, we fully understand that the electrical would need to be in place for the unit to be functional.

Notice the B? If You Want to Guarantee Full Juice, You'd Want to Make Sure That a Model S Wasn't Plugged Into the 182A Supercharger

Finally, there's been some inaccurate rumors flying around the web lately suggesting that Tesla has patented some sort of "new" type of Supercharger that splits power among the various Model S EVs that are plugged in.  Those patents are years old and Tesla's Supercharger have always been power splitters.  Here's a basic rundown of how a typical Tesla Supercharger operates:

Obviously, in Bethesda, where there's only two charging stalls, the power is split between the two points when a pair of Model S EVs are charging up, so you can't avoid the lower power charge there when another Model S is grabbing some electrons.
++
Got a tip for us? Email: tips@insideevs.com