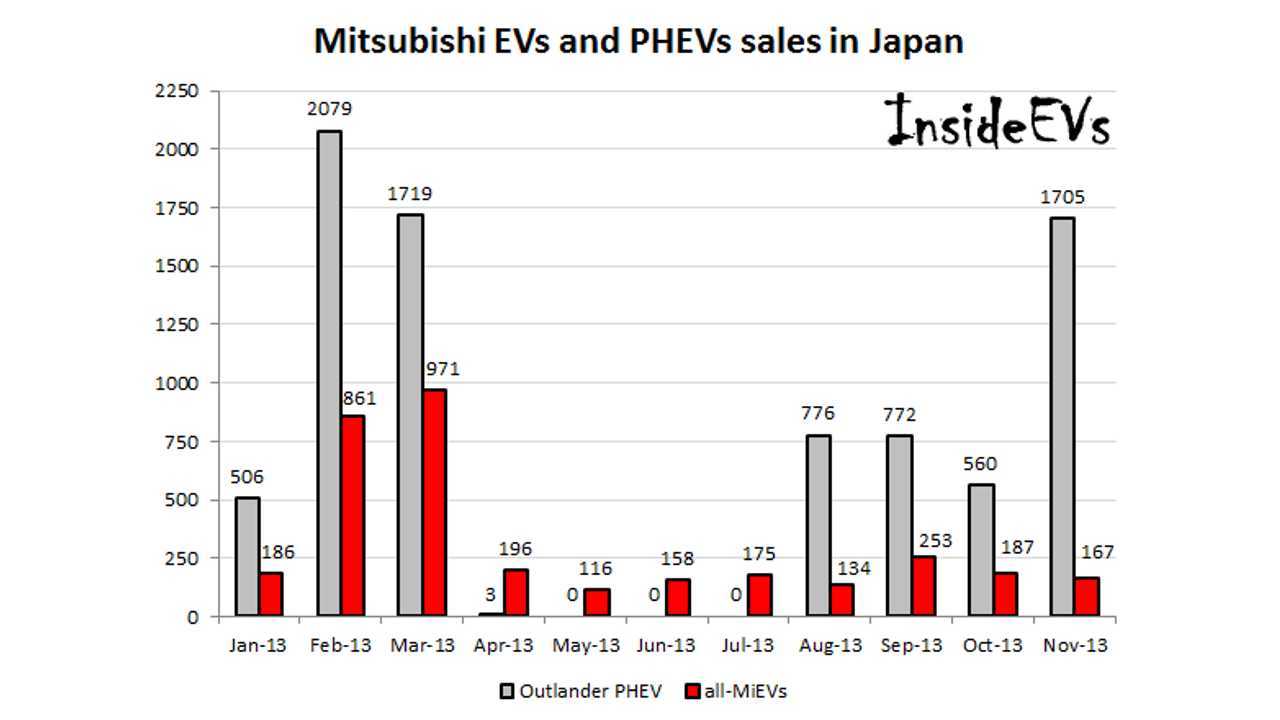 An Endless Line Of Outlander PHEVs

1,705 is the number of Mitsubishi Outlander PHEV sales in Japan for November.

This is few hundred more than the number of Nissan LEAFs sold there last month and worth over 0.6% of the total automotive market share.

For comparison, Nissan sold 2,003 LEAFs in the U.S. in November, 1,306 in Japan and little over 1,000 elsewhere around the globe, according to EV sales blog, which all together brings LEAF sales last month to 4,333.

We don't yet have all the data, but it seems that single-month Outlander PHEV sales are already on par or even slightly higher than the Nissan LEAF on the global level.

If we add sales of Mitsubishi i-MiEVs and MiEV delivery vehicles in Japan (and worldwide i-MiEVs) we could say that now, with probably ~4,700 units sold in a single month, Mitsubishi is the largest plug-in manufacturer in terms of single-month sales, right? At least in November.

The last thought is that electric kei-cars in Japan are selling poorly compared to the Outlander PHEV, but hopefully growth will come thanks to the already announced price drop for 2014 models.