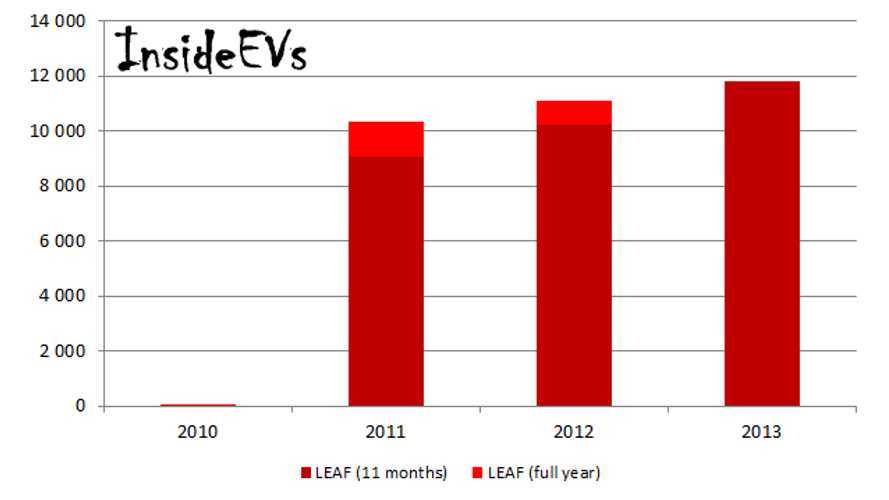 While looking for progress in electric car sales in Japan we see that the Nissan LEAF has already exceeded its 2012 level (11,115 units).

Once December's results are in, we expect to see LEAF sales post approximately a 20% gain in Japan for 2013.