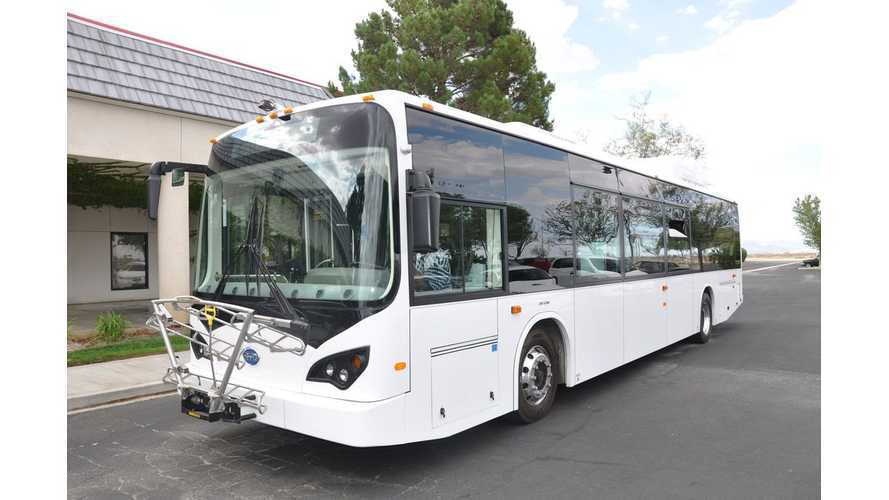 The Antelope Valley Transit Authority (AVTA) in California announced recently that by April of 2014 it will add to its fleet two brand new 40-foot, battery-electric buses from BYD with range of over 155 miles.

It's good to have an electric buses in the city and, according to press release, AVTA will even not pay for them because it found a generous $1.9 million grant "arranged by Los Angeles County Supervisor Michael Antonovich to support an electric bus demonstration project in the Antelope Valley".

"The AVTA is grateful to the Supervisor for his leadership and we are ready to get started on this important initiative. We look forward to this exciting partnership with BYD."

Chairman of the Board Norm Hickling added:

"We see the value of modern, clean and efficient buses. The AVTA is a proponent of green technology and we look forward to being a leader in zero emission bus deployment."

The buses will be tested on local routes for a 12-month period to determine their performance in the high desert climate. If results are positive, then additional buses may be ordered.

What's interesting, at Lancaster City Park and at the Palmdale Transportation System there will be wireless inductive charging systems installed for the BYD demonstration project.

Chairman of the Board Norm Hickling remarked:

"We have researched several electric bus charging systems and believe inductive technology, for our initial testing, provides AVTA the best option. We look forward to unveiling these state of the art buses and are pleased to be able to promote green technologies in the communities we serve."