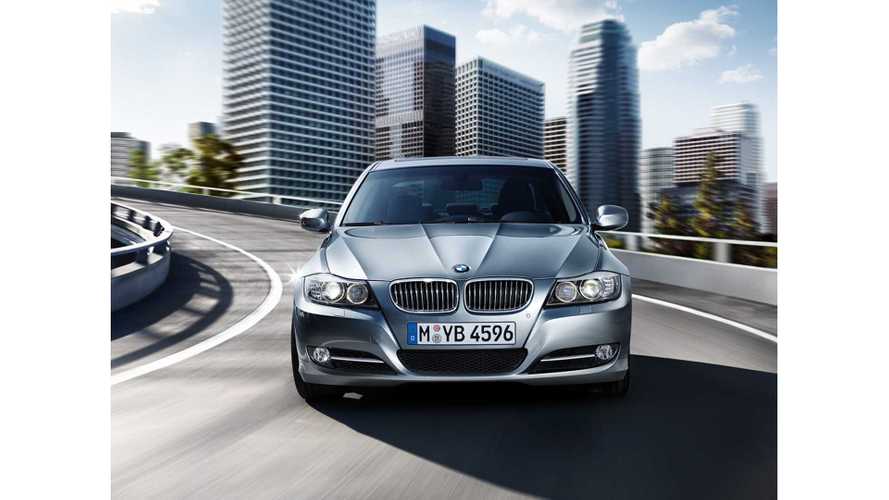 It's now being reported that BMW's next plug-in vehicle to launch will be a PHEV 3 Series.

Caught testing in wintry conditions, the 3 Series PHEV is supposedly set to enter production before the end of this year.

In fact, Autocar says the plug-in hybrid 3 Series has an expected launch set for this summer.

We suspect that the plug-in 3 will have an electric-only range of just over 20 miles and top speed in electric mode is expected to be 75 mph.

As for the engine, it's likely that the PHEV 3 Series will make use of the same turbocharged 4-cylinder that was featured in the BMW Concept X5 eDrive, a vehicle first seen at the 2013 Frankfurt Motor Show.  The electric motor will likely put out 95 hp.

Pictures of the car winter testing can be found at Autocar