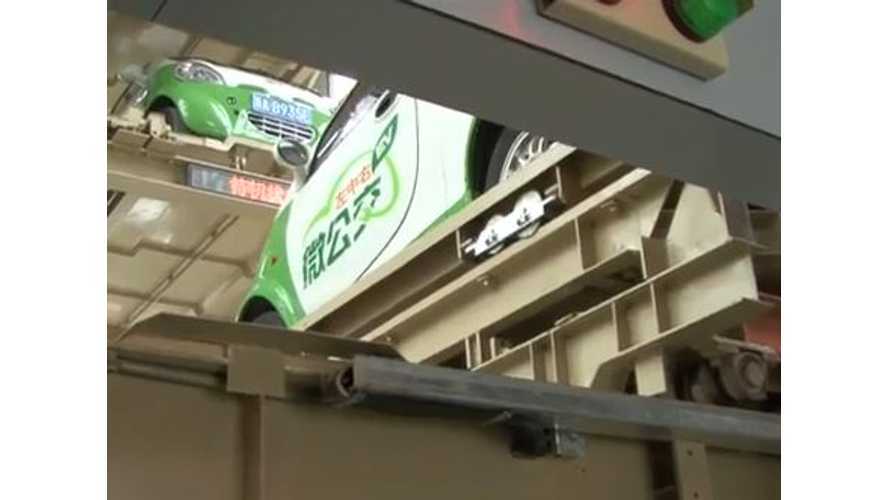 The ultimate Kandi machine is here, or rather it's China, but it's operational now.

What you see in the video is the work of Chinese automaker Kandi Technologies and it's the first-ever fully automated EV vending machine,

The purpose of the machine is to allow for storage of lots of EVs, while fitting into the smallest of footprints due to space restrictions in China's major cities.

As Aaron Rockett, uploader of the video states:

“The Kandi public EV CarShare concept is based on Hangzhou’s bikeshare, the largest bikeshare in the world and the first of its kind in China. The bikeshare has since spread from Hangzhou to 19 Chinese cities including Shanghai and Beijing."

"Kandi’s plan is to build with both Government and “outside” support, 750 of these garages in just the City of Hangzhou over the next four years through a 50-50 joint venture with Geely Automotive, China’s largest passenger automaker, which would require some 100,000 Kandi electric vehicles to stock them. This model is slated to spread to other cities and regions like Shanghai, Shandong, and Hainan. Two garages were just completed in Hangzhou over the past two months and another 18 are currently under construction as of two weeks ago.”

Could you imagine 750 of these EV vending machines in a single city?  We can't, but then again we didn't believe Kandi when it told us it was building the first one.  Well, the first one is done, so perhaps we should now start believing what Kandi says.