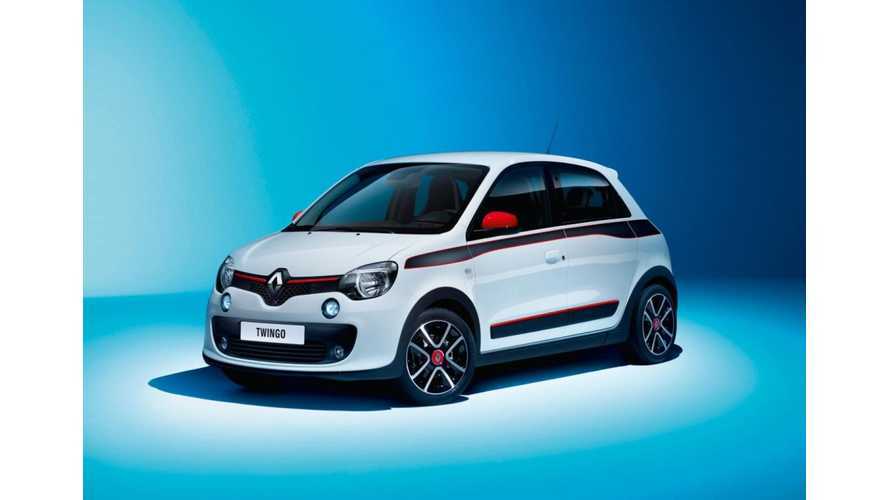 The 2015 Renault Twingo has been officially revealed.

Why does it grace our site?

Well, the Twingo you see here does not plug in, but a version coming in the near future likely will.

It's long been believed that Renault's next pure electric will be Twingo based.  In fact, Renault hinted at this on numerous occasions over the past several years.

With the Fluence Z.E. now out of production and Twizy sales slipping, Renault needs an EV to compliment its Zoe.

That's where Twingo comes in.  The 2015 Renault Twingo is a four-door, rear-wheel-drive head-turner.  It's ideal for electrification given its RWD setup and tiny urban commuter size.

The main reason we believe that an electric Twingo is in the works is that Renault openly admits that the 2015 Twingo you see here was designed from the get-go to accept all the necessary hardware required for electrification.

Look for the Twingo electric to appear in 2016.