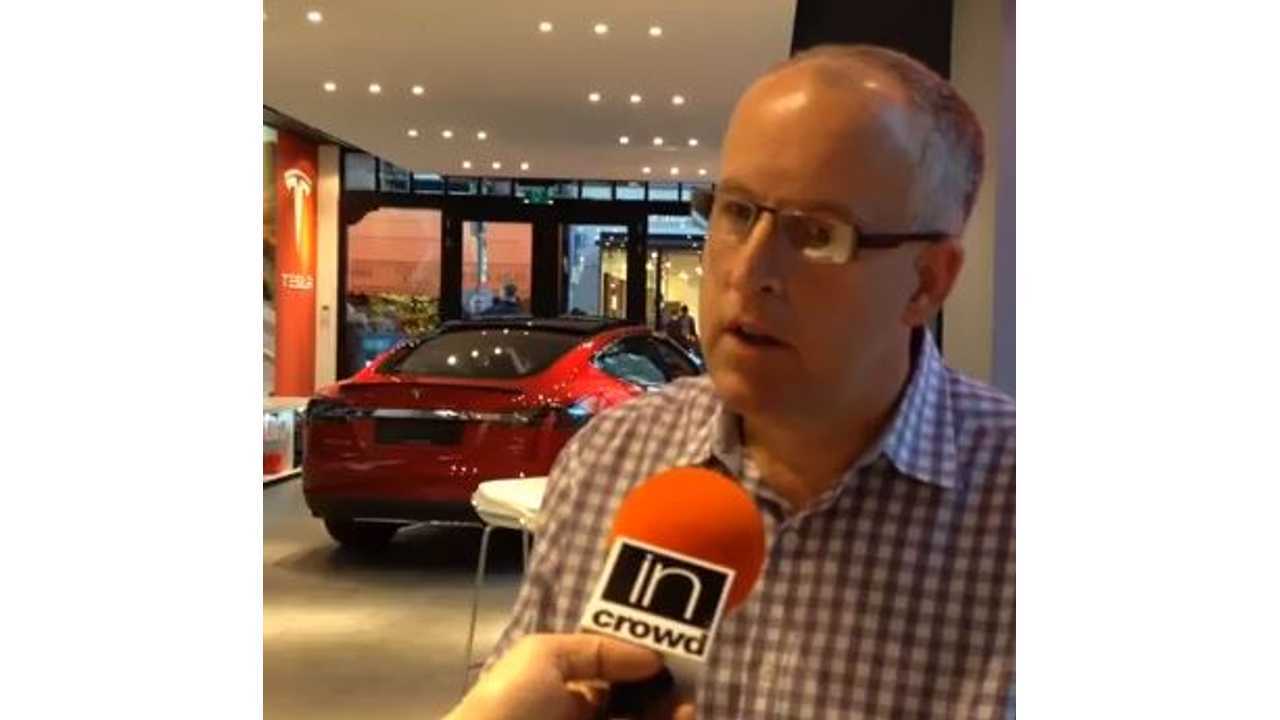 The video description sums this one up as follows:

"Diarmuid O'Connell has been forever at Tesla which is 8 years. He worked for Coke, startups and Colin Powell on Iraq. employee 51 he talks about lessons learned with Roadster (go it alone is liberating!), how software is the key, how Tesla works with Toyota/Mercedes, what are the chances in G3 for €35.000, the importance of Tesla as an industry influences and the deep passion you need to work at Tesla. 20 minutes of going deep."

O'Connell discusses Tesla from the Roadster to Gen III in this insightful interview that lasts nearly 20 minutes.

Does to his easy-going style, we often find it rather humorous when Tesla CEO Elon Musk speaks, O'Connell on the other hand is more businessy, which perhaps makes for a drier conversation, but it's clear to us that Tesla's VP truly knows his stuff.

The difference between Musk and O'Donnell is readily apparent, as you'll immediately see in this video interview.