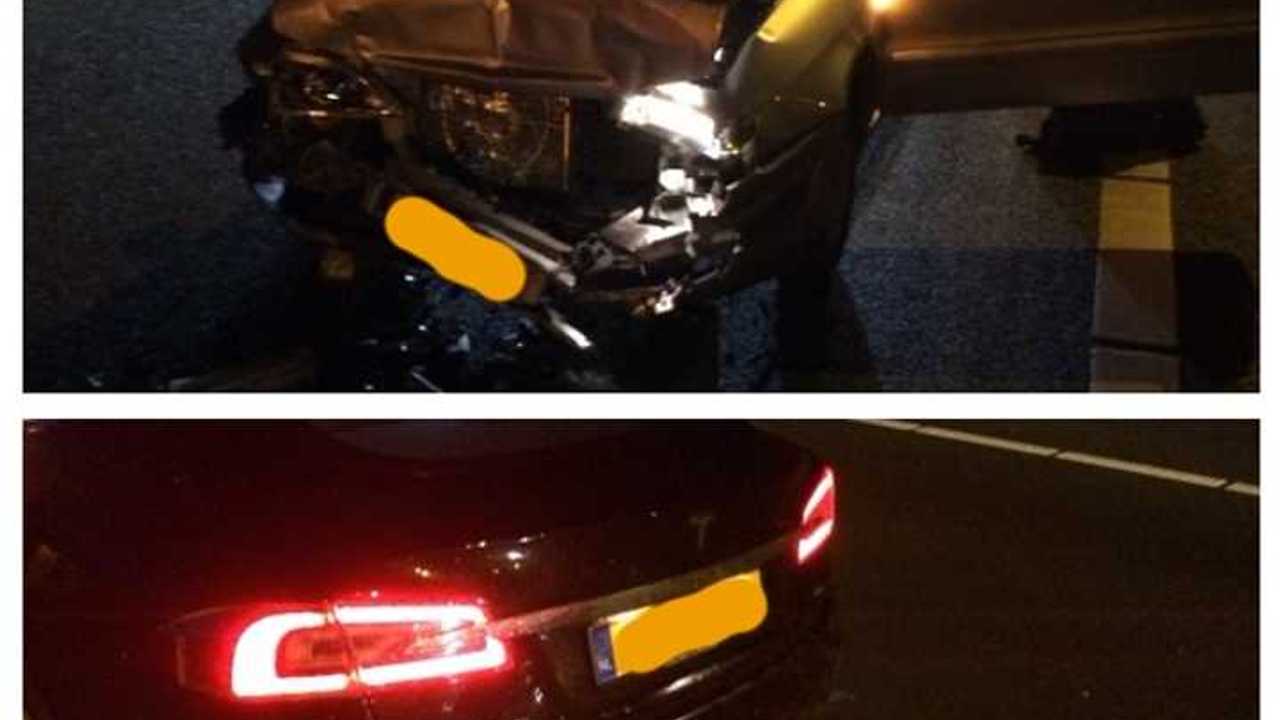 Some Tesla Model S owners, especially those with the rear-facing jump seats, have been concerned over the safety of the two rearmost seating positions.

Well, as these two photos show, that concern is likely unwarranted.

Tesla Motors Club member Rutgers of the Netherlands posted the photos you see here, along with this translated (via Google Translate) description, which we've edited a bit for clarity:

The rear vehicle seemed a total loss. Tesla stated that the parking sensors have failed.

Police, ambulance, towing and Rijkswaterstaat , the whole circus was plucked.

Of note is that this particular Model S did not have rear-facing seats, so therefore it did not have the second frame reinforcement bar in the rear.