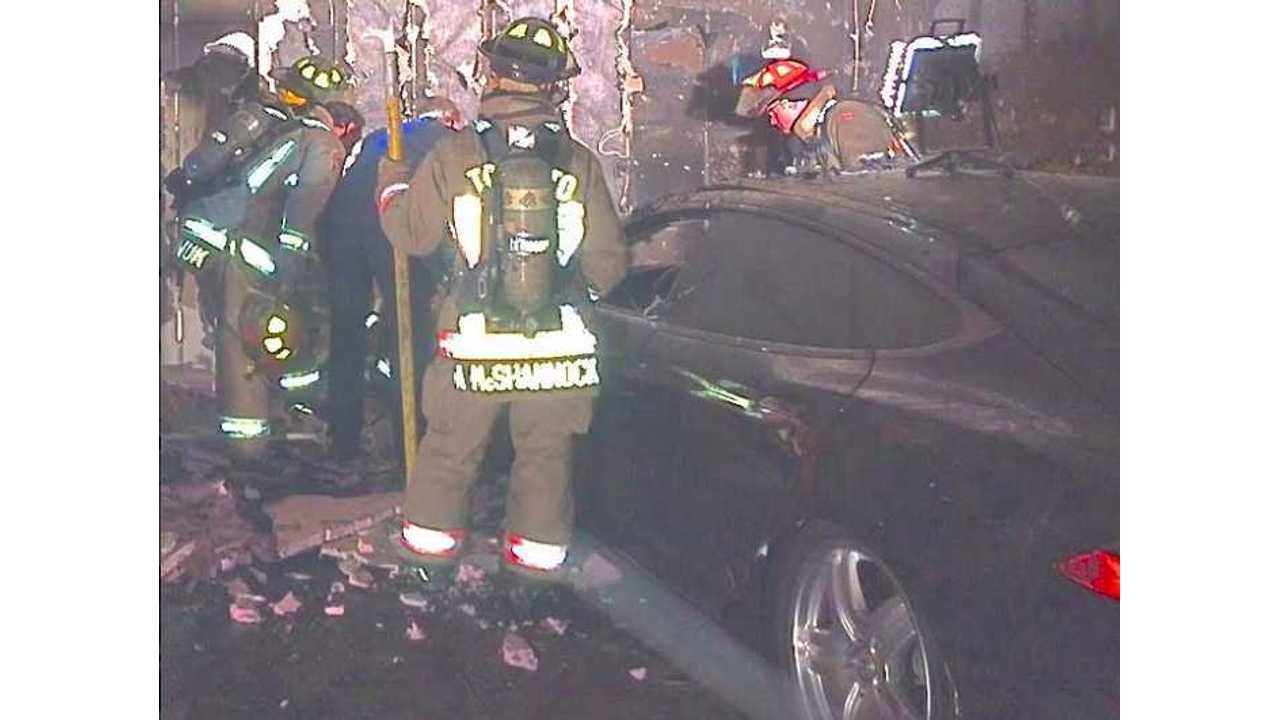 Just in time for next week's quarterly update from Tesla, we unfortunately have to pass on a report that a Model S fire occured in Toronto, Canada on the 1st of February.

This particular fire is the second to occur in a residential garage, but unlike a previous fire in which the car was plugged in (that earlier fire set off a NHSTA "recall" of some Tesla charging equipment), this 4 month old Canadian Model S was reportedly not plugged in.

The Business Insider reports that the fire occurred after the owner had his car out for a spin then left the car parked in his garage beside a Lexus.

A few moments later he was alerted to fire when his fire detector when off.   The fire was reportedly "intense" but the firefighters got it under control quickly.

If there is a "good news" portion of this story is that the battery itself was not the cause of the fire as it was not damaged in blaze.

Tesla confirmed the incident and responded to the event to the Insider, although they did sent seven employees to the residence indicating their concern over the matter, and also offered to pay for both the "damages and inconvenience caused by the fire," of which the owner declined.

“Dealing with occasional fires is something that every car company has to do, as no vehicle is completely fireproof under all circumstances. What matters is the number of such incidents per car, and it is worth noting that gasoline car companies experience an average of five to ten times more fires per car than Tesla. Also extremely important is the fact that there has never been a serious injury or death in a Model S as a result of a fire or any other cause. The Model S continues to have the best safety track record of any vehicle in the world. In this particular case, we don’t yet know the precise cause, but have definitively determined that it did not originate in the battery, the charging system, the adapter or the electrical receptacle, as these components were untouched by the fire.”

Overall this is the fifth fire incident reported involving a Tesla in the past five months, the first three were all caused by excessive "on road" damage.  Two of which happened in the United States (here and here) & the other in Mexico (here).  One of the earlier US fires is still under an open investigation by the NHTSA.

We of course will update the story as more information is learned.

Check out more images and the original report at the Business Insider.