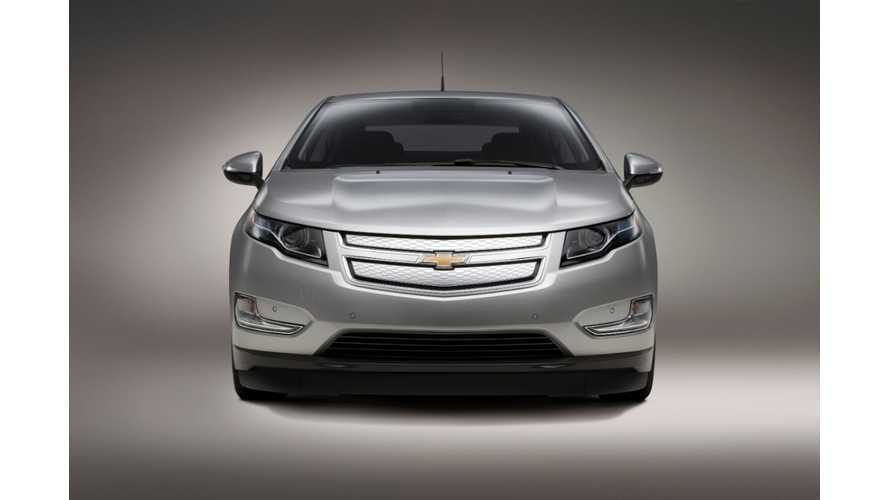 Chevy Volt is the Only Plug-In Vehicle on the List

U.S. News & World Report has put out its "2014 Best Cars for the Money" list and only one plug-in vehicle made the cut.

Oddly classified as an "upscale midsize car," which is wrong on several levels, the Chevy Volt was the only plug-in selected for a 2014 Best Car for the Money award.

For starters, the EPA (and most everyone else) lists the Volt as a compact, not a midsize.  Secondly, there are perhaps only a handful of Volt owners who would classify their ride as "upscale," which is typically a term applied only to an entry-level BMW, Lexus, Mercedes-Benz, Cadillac and so on.

The category that the Chevy Volt belongs in is "compact car."  We're not sure if placement in the correct category would have affected its Best Car for the Money award status.

Of the Chevrolet Volt, U.S. News & World Report says this:

"The 2014 Chevrolet Volt is our Best Upscale Midsize Car for the Money. Though some buyers may initially pass on the Volt because of its high sticker price, generous tax breaks and gas savings help make the Volt more affordable. Reviewers like its high-tech interior design and the fact that, though it has an advanced powertrain, it still drives like a regular car."

"To find the award winners, we combined the average price paid from TrueCar.com and five-year total cost of ownership data from Vincentric, LLC with the U.S. News Best Cars rankings data. The U.S. News rankings are based on the opinion of the automotive press about a car's performance, interior features and interior comfort, combined with reliability and safety ratings."