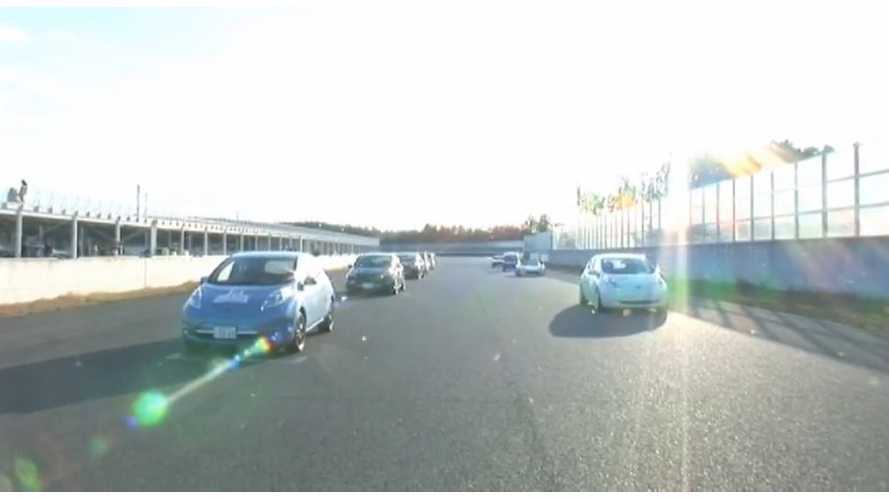 The final round of Japan EV-GP Series were held last week in Japan at Sodegaura Forest Raceway.

This is the last EV-GP race this year and for the very first time in the series we see some smart fortwo electric drives. The two smarts grabbed fifth and sixth in a field of nine cars.

The fight between the smarts was so fierce that one ran out of the track. Additionally, four Nissan LEAFs fought a battle.  The race was won by a Tesla Roadster.

In total over 20 cars participated in JEVRA racing series, but typically less than 10 hit the track in a single round in four different categories.

Together with electric cars, the third round of the electric carts championship was organized.