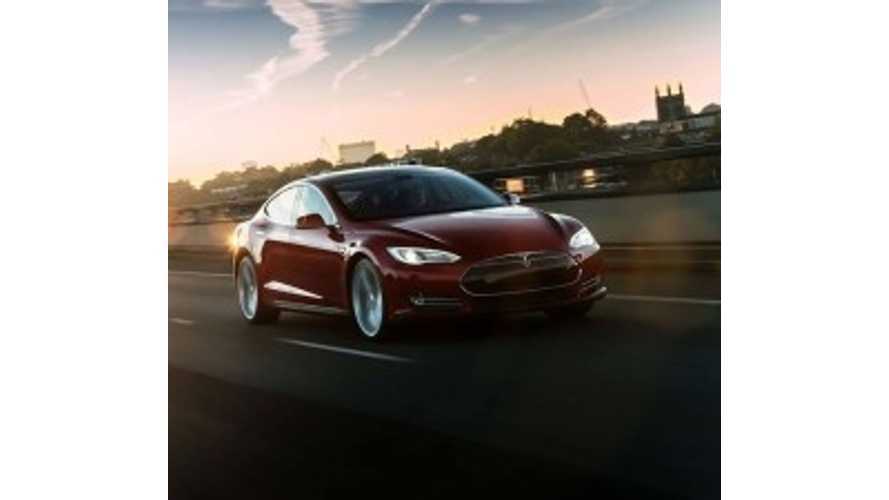 Christian von Koenigsegg, founder of Swedish supercar maker Koenigsegg, has revealed via Tesla Club Sweden that his daily driver since October 2013 has been a Tesla Model S.

Not only does Koenigsegg drive a Model S, but in the future he believes electric is the automotive world go.  Koenigsegg says that by 2020, 80% of the automobiles sold around the world will be electric.

Koenigsegg, the automaker, will likely not enter the electric fray, but had it not been for a deal to buy Saab that fell apart, Koenigsegg would be in the electric vehicle biz today.

As for the Model S, Koenigsegg says there's no better automobile available anywhere in the world for the price.

Our Swedish translating skills are poor, but thanks to Google Translate (via Tesla Motors Club Sweden), we have this EV analogy presented by Koenigsegg

"When digital clocks came in the 70s , they were expensive and technically superior to standard analog wound watches. Everyone wanted to have digital watches. Those who made ​​analog clocks were put out one after the other. But then something happened in the 90s, when digital watches were cheap public property, people who wanted to stand out started using technically inferior and expensive analog watches again."

So, soon everyone will be producing EVs because they are superior and will eventually be cheaper to make, but there will be some automakers who decide that old-tech (ICE) is still where it's at.  Koenigsegg says that the automaker that bears his name will be an analog watch forever.  As he says, it's a niche that will always need to be occupied and Koenigsegg has always been a niche automaker.