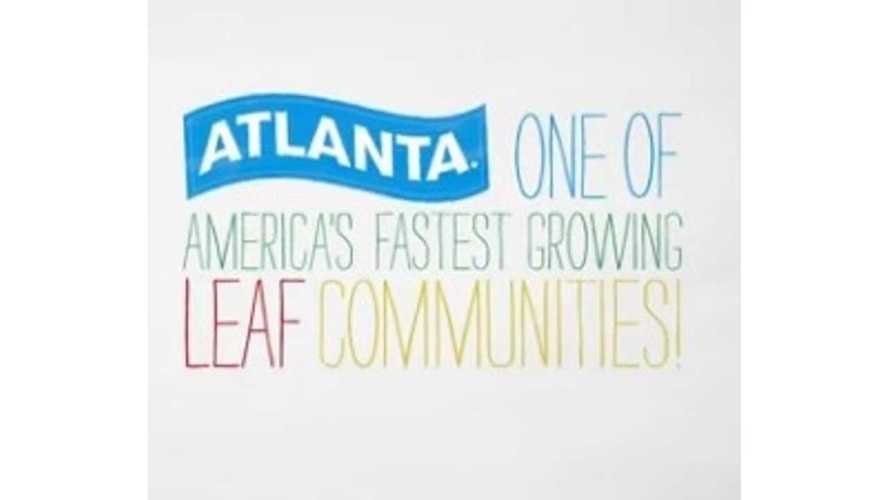 Nissan LEAF Has Been Selling Like Crazy in Atlanta, But Eliminating the Georgia's $5,000 Ev Incentive Will Certainly Change That

Georgia is one of the US' leading states in terms of EV adoption rate.

In fact, Georgia ranked fourth in the nation in 2013 in EV registration.

Why is Georgia so EV crazy?  The answer is simple: Georgia offers a $5,000 tax credit for those who purchase EVs.

Atlanta - Soon To Be Less EV-Friendly?

"Now, a bill introduced by former Alpharetta Mayor Chuck Martin, threatens to suck the air out of electric vehicle adoption in the Peach State."

"The bill would eliminate an up to $5,000 tax credit available to buyers of new zero-emission vehicles, no later than April 1. The tax credit — among the richest in the country — coupled with a $7,500 federal tax credit, has fueled electric vehicle adoption in the state."

Electric vehicle advocates, such as us, understand that eliminating the credit at such an early stage will definitely stall out sales of EV in Georgia.

Martin, the man who introduced the bill, is quoted by Biz Journals as saying the following:

“I want to allow people access to the (electric vehicle) market.  I just don’t want to make other people pay for their decision.”

“If the economics don’t make sense without the tax credits, and automakers wish to keep selling the cars, they’ll have to get leaner.”

“We’ve accomplished our task, (EVs) are becoming mass-marketable, there are charging stations around the city and the state.  (EVs) are cost-competitive, and now it’s time for the business to make it on its own.”

No Martin...It's far too soon to assume that EVs can make it on their own.  There's a reason why the federal government has not put an end to its EV tax credit program.  It's not yet time to let EVs go it alone.

UPDATE: Nissan's official statement on the situation in Georgia is as follows:

“Nissan supports incentives, such as the one in Georgia, as a way to increase consideration for electric cars among a broader group of consumers. Nissan LEAF sales are now growing rapidly in Georgia thanks to owners spreading the word about the car’s lower total cost of ownership compared to gas-powered cars, as well as access to HOV and HOT lanes in Atlanta and LEAF’s great driving experience.”

"The Georgia EV tax credit, passed in 1998, is richer than its neighbors. Tennessee offers a $2,500 rebate for the first 1,000 vehicles sold; South Carolina has a $1,500 tax credit; and Mississippi, Florida and North Carolina offer no EV tax credits."

It's believed that the proposed April 1 cut-off date for the EV credit in Georgia will at least get pushed back a few months.  A decision is expected to be made sometime in March. It does seem as though Georgia will soon lose its EV credit.  That is, unless EV advocates within Georgia make their voices heard by contacting their house representatives immediately.