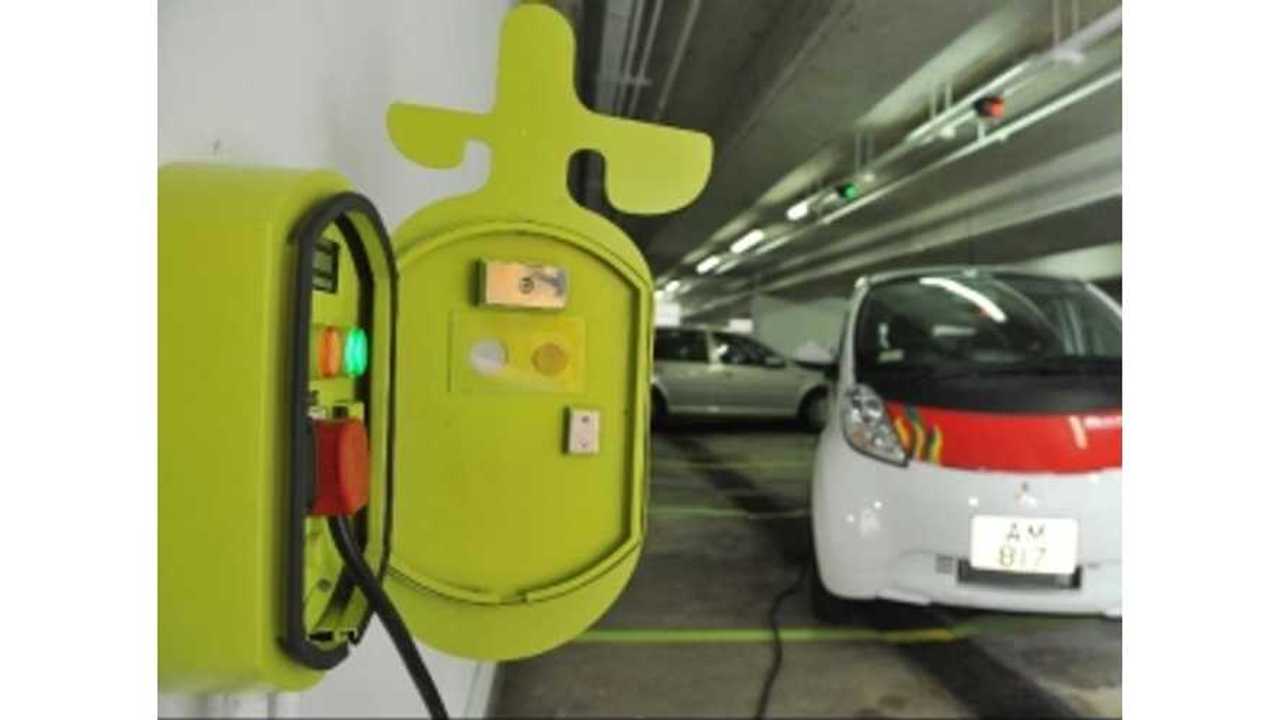 CLP Power Hong Kong Limited announced that all of its 140 charging  points in Hong Kong will remain free to use until the end of 2014.

Previously, the free charges were set to expire at the end of 2013, but CLP Power decided to extend its free charging program.

CLP says that it alone provided chargers to every major district of Hong Kong.

It's not just chargers though.  CLP's fleet of vehicles now include 62 plug-ins, the first of which was added in 1984!!!