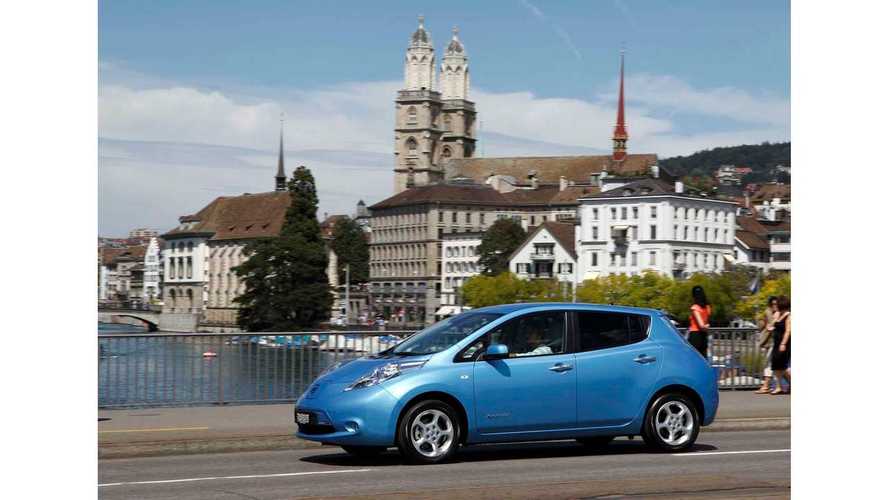 Nissan announced that last year in Europe it sold 11,120 LEAFs, which is a new record.

The Nissan LEAF has now ~33% share of the EV passenger car market in Europe. Nissan sold 25% more LEAFs than the next best-selling EV model, which is the (Nissan didn't mention it, but we know what it is) Renault ZOE with 8,896.

These two models together account for ~60% market share for EVs in Europe in 2013, when total EV sales exceeded 33,500 units.

But let's get back to the Nissan LEAF, for which Nissan has lots more good news.

But What We Want to Know Is How Are LEAF Sales Going in South Africa?

"The success of the Nissan LEAF in Europe has been propelled by consistently strong sales in Norway where the Nissan LEAF the third-most sold passenger car last year, became the country's best-selling car at the end of January 2014 with 650 units."

"Huge strides are being made in the UK with sales of the British-built Nissan LEAF increasing by more than 1000 percent in January versus the prior year."

"Similar results were reported in France for January with a 240 percent increase in year-on-year sales where, for the first time, the Nissan LEAF is the EV market leader."

"January has been a fantastic start to 2014, a year when we will launch our second 100 percent electric model in Europe - the Nissan e-NV200 light commercial vehicle. Our most recent survey following the launch of the improved European-built Nissan LEAF shows that 97 percent of owners would recommend a Nissan LEAF to a friend, and we believe this, combined with a rapidly expanding charging infrastructure, will bring further growth in 2014. We are moving from the early adopters to the early majority."