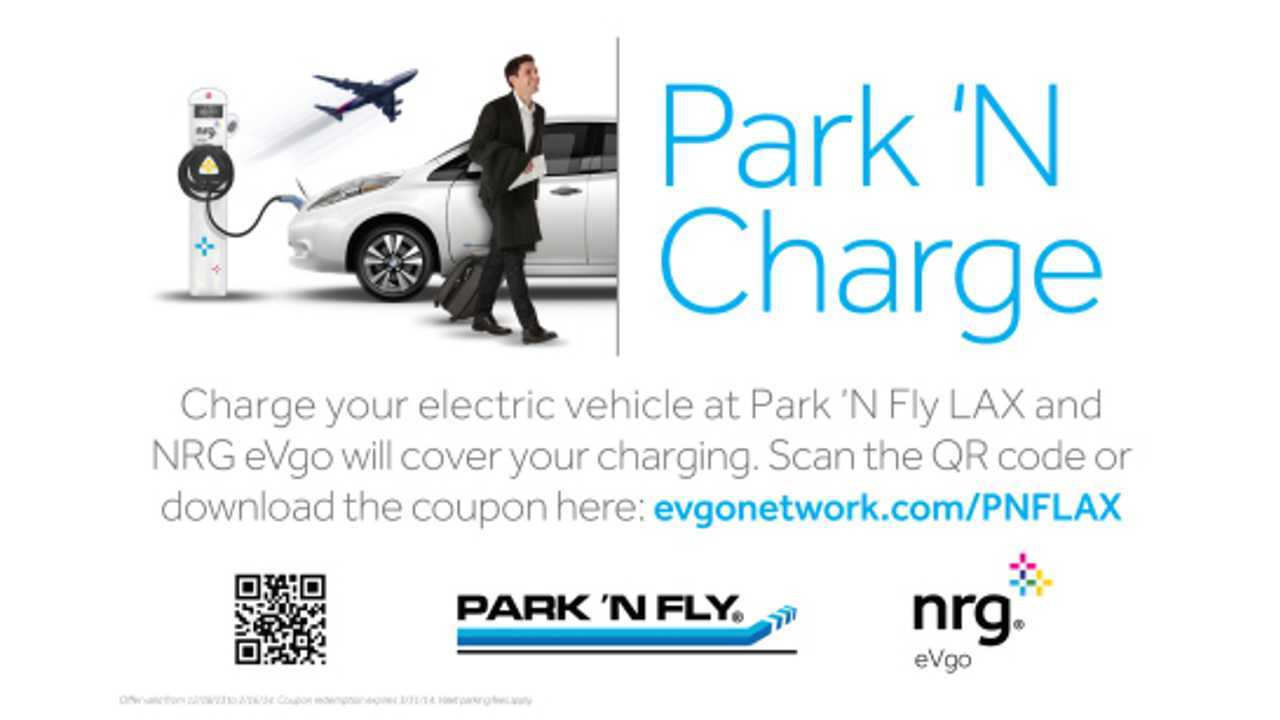 For a Limited Time, Charging Will be Free

The program provides free charging (at least until March 31, 2014) for EV drivers, but parking will cost you.

"Unveiling these first charging stations in the NRG eVgo Los Angeles-area network with Park 'N Fly will make it convenient for drivers of plug-in cars to reliably charge their car while traveling in and out of Los Angeles International Airport.  NRG eVgo is proud to bring electric vehicle charging to the Park 'N Fly LAX location and to offer travelers free electric car charging through the "Park 'N Charge" program starting this holiday season."

Those interested in taking advantage of the program will have to "download a coupon redeemable for complimentary eVgo charging online" at this link.

The lot chosen by NRG eVgo is a valet park site at "Park 'N Fly LAX - located within walking distance of Terminal One."

It's $21 per day (a reasonable fee for LAX) to park there, but charging is free.