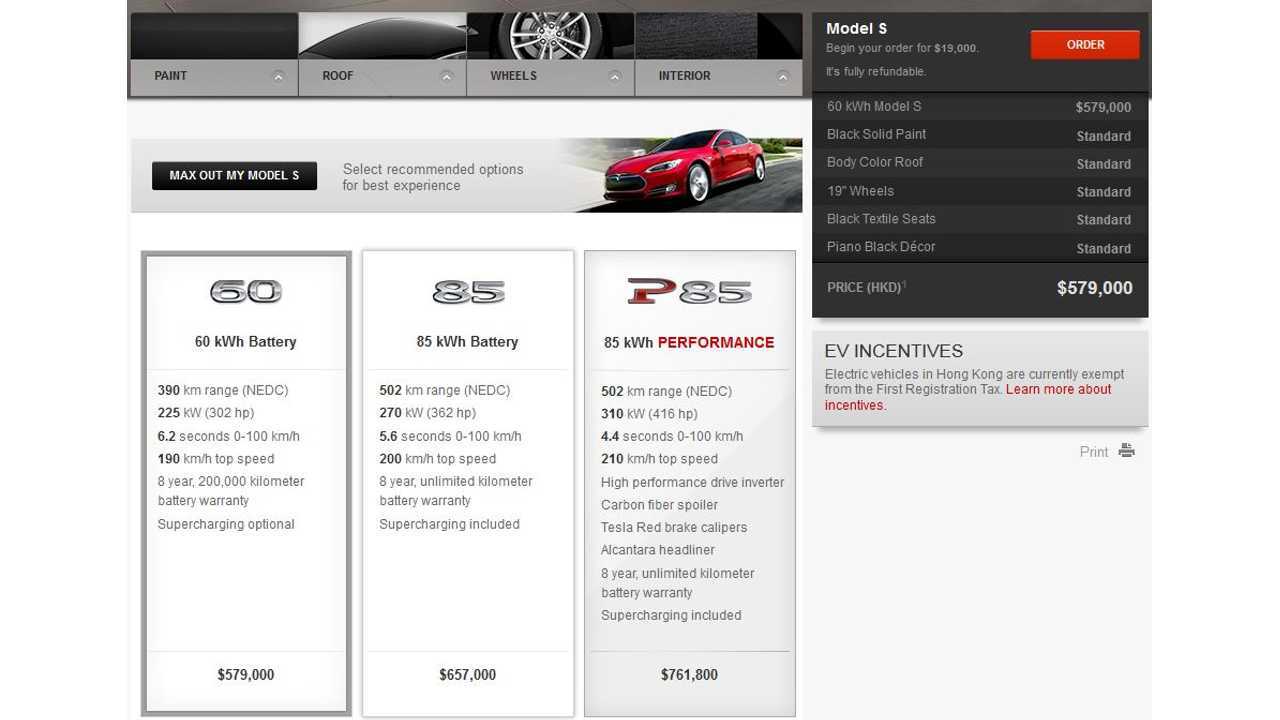 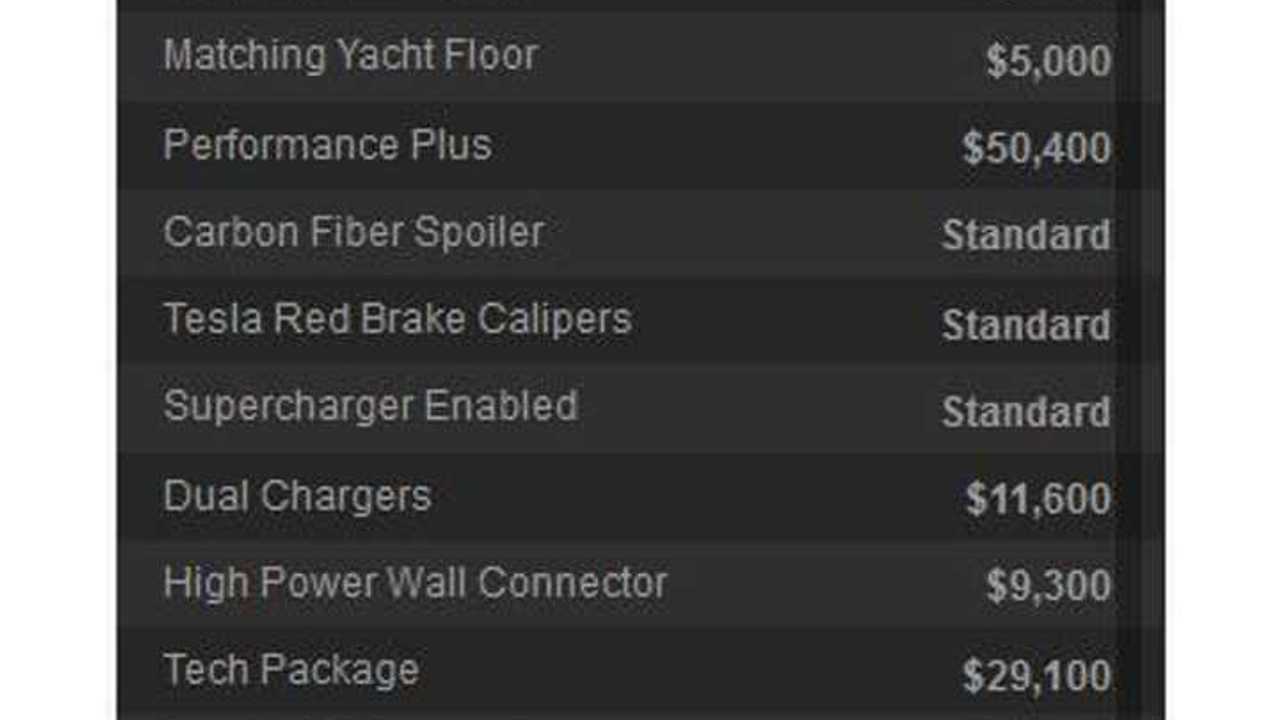 Here's the pricing breakdown for the Model S in Hong Kong:

The cheaper prices in Hong Kong (as compared to China) are due to shipping costs, high duties and taxes that are present in China, but which don't exist to the same extent in Hong Kong.

“To treat our customers in Hong Kong as fairly as possible, we are offering the Model S at the same retail price that customers in the US pay, adding only unavoidable transportation costs, and applying the current market exchange rate."

Tesla claims to have hundreds of pre-orders for the Model S in Hong Kong.  Deliveries there are expected to begin before the end of 2014.