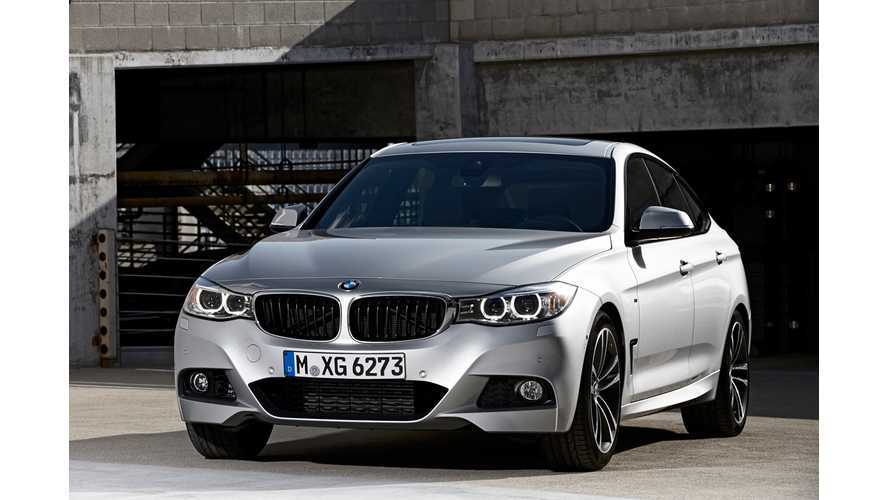 Though we don't have access to the spy photos, a BMW 3 Series plug-in hybrid was recently caught winter testing in Scandinavia.

Soon, most of BMW's entire lineup of vehicles will be offered with a plug-in hybrid, so it's no surprise to us that the 3 Series is already being developed with a plug.

Details on the PHEV version of the 3 Series are limited, but we suspect that it will employ BMW's 2.0-liter turbo four cylinder engine, along with a 95 hp electric motor and a lithium-ion battery pack.  Electric only range will likely come in at ~15 miles once the EPA tests it.

The 3 Series will reportedly launch later this year as a Model Year 2015 offering.

For a look at photos of the actual BMW 3 Series PHEV caught testing (which we can't show you here due to copyright infringement issues) in Scandinavia, click here.