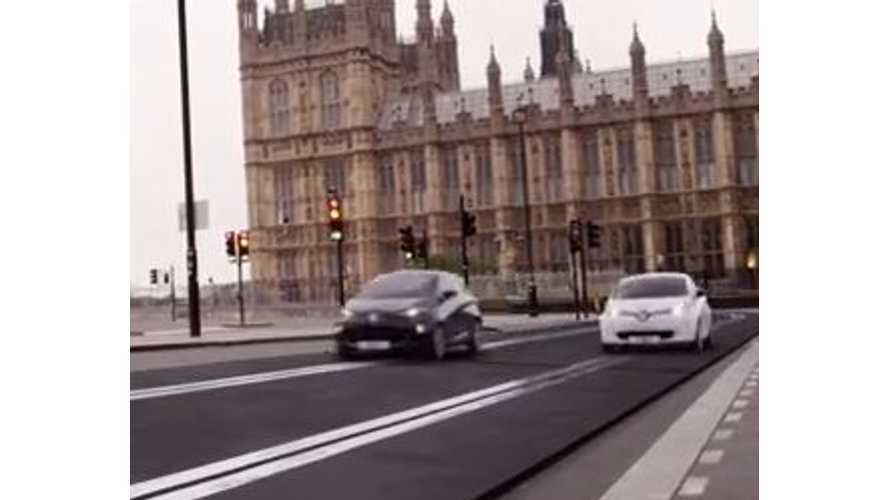 "Two 100% electric Renault ZOEs race on a giant Scalextric track on the streets of London."

"This video was filmed in safe conditions on closed roads."

Those "closed roads" likely exist only in the virtual world, as this video from Renault surely makes heavy use of CGI, but regardless of that, it's still exhilarating to watch.

For those that may not know, Scalextric is a toy brand for a range of slot car racing sets which first appeared in the late 1950s.

What's the purpose of Renault's latest ZOE video?  To drum up ZOE sales, of course.

Renault actually admits that 32% of its buyers don't have enough EV knowledge to make an informed buying decision.  This video won't provide those potential buyers with additional knowledge though.  Renault wants the world to see that EVs are a blast to drive and with that in mind, the French automaker released this snazzy video, which it hopes will go viral.

Certainly there was a ton of money poured into creating this video and the hope is that it'll be met with the same viral success as the unique Clio ad you see below.  That Clio ad has more than 1 million views.  Let's hope this ZOE one attracts the same level of attention.