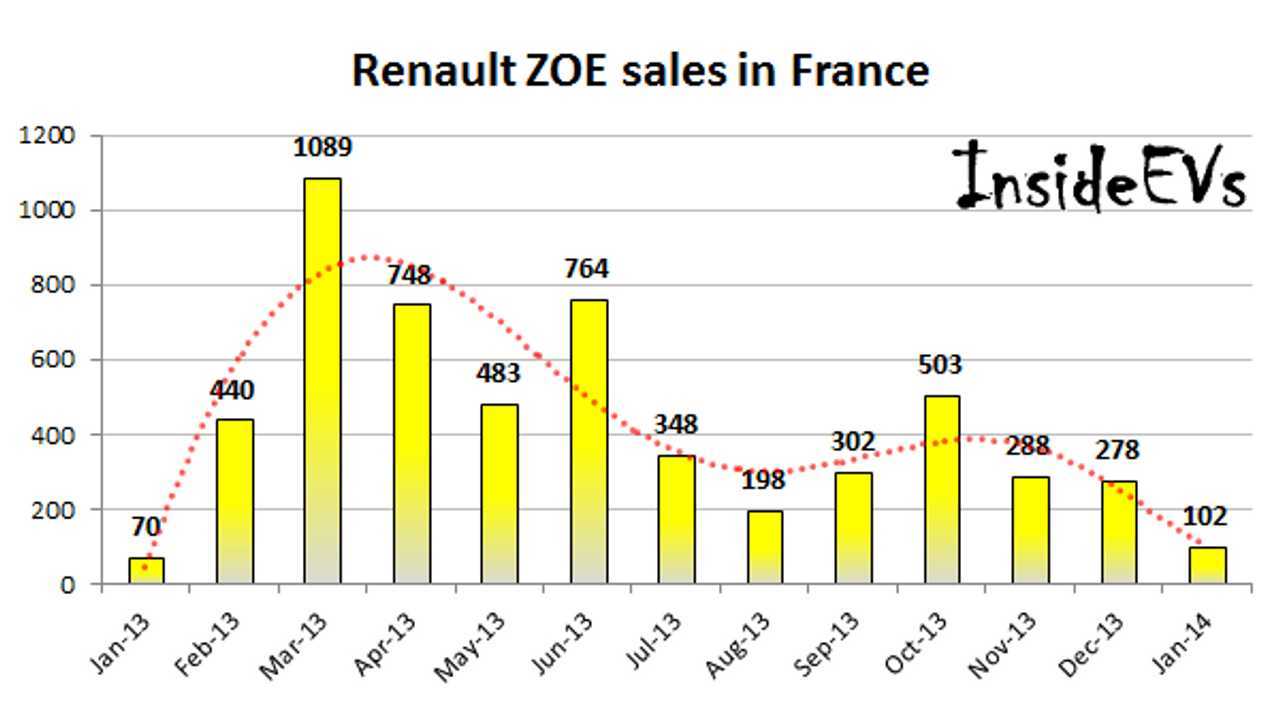 We would like to say that the Renault ZOE is doing great in terms of sales in France and Europe and if we looked only at some numbers, then we could. For example, sales of ZOE in France rose over 45% year over year in January.

But the good news ends there.

Despite several actions taken by Renault in France, sales of ZOE fell to 102 units in January!

This is the worst result from the introduction of the car.  ZOE is now outside of TOP 100 models in terms of single-month sales.

The ever stable Nissan LEAF, which had 121 new registrations last month in France, is now the EV leader on the French market!

This month, Renault must try to beat 440 ZOE registrations to get a year over year gain and then ZOE sales need to exceed the 1,089 sold last March.