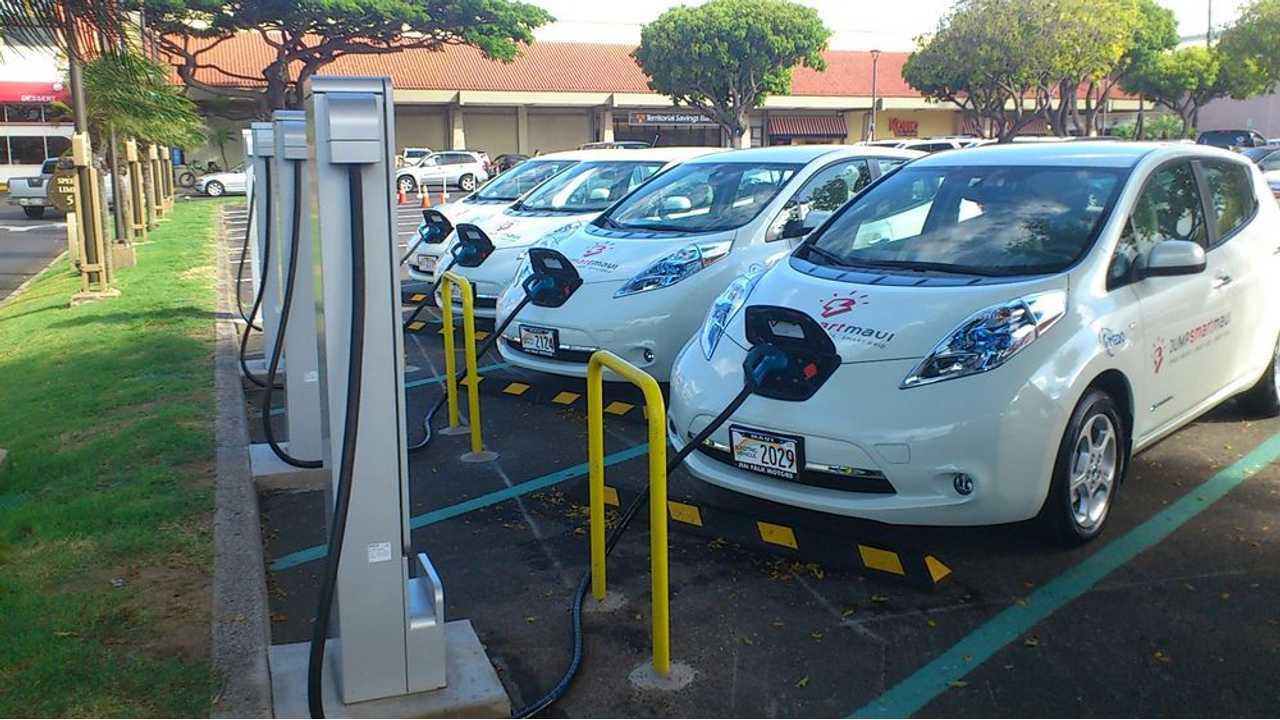 The Battery at the Demonstration Site for Japan-U.S. Island Grid Project in Hawaii

Hitachi announced that, in collaboration with the New Energy and Industrial Technology Development Organization (NEDO), Mizuho Bank and Cyber Defense Institute, testing of a demonstration site for the Japan-U.S. Island Grid Project on Maui Island, Hawaii will be conducted from December 17 through the end of March 2015.

What project is this? Well, it's just a demonstration of some smart grid technologies including renewable energy sources, energy storage, electric cars etc. After analysis and evaluations, the partners want to build a business model for future “Island Smart Grids”, for use on the other sub-tropical regions.

"The goal of this Project, which is based on an agreement between the American and Japanese governments, will be to demonstrate smart grid technologies that will enable the efficient use of renewable energy and will contribute to the implementation of a low-carbon social infrastructure system in island regions. The demonstration site has been designed to respond to the rapidly changing demands in the renewable energy market, which will be made possible through the use of electric vehicles (EV) and other innovative technologies."

Maui Electric Company stated that in 2012, renewable energy accounted for 21% of the total energy supply on the island of Maui. The goal is to increase this significantly, but there is no simple way to do it.

"In order to create a smart grid for island regions using EV, Hitachi has established an EV Energy Control Center (EVECC), and has already put in place a Distribution Management System (DMS) to control power distribution systems in the Kihei district on the south side of Maui, and the Energy Management System–Plus (EMS-Plus). The goal is to control the balance of supply and demand in electric power systems and support the efficient operations of renewable energy. These systems also incorporate the Direct Load Control (DLC) technology for the direct control of devices in users’ homes, which was introduced in order to minimize the effects of fluctuations in the supply of renewable energy."

Hitachi has already involved the public to participate in the demonstration as volunteers in EVs and would like to involve regular residents/consumers interested in participating in demonstrations for electric water heaters installed in private residences in the Kihei area.

"To date, Hitachi had already confirmed approximately 150 volunteers as users of EV, and confirmed approximately 40 residential households interested in participating in control demonstration using electric water heaters. In order to promote further demonstration, the company plans to secure 200 volunteers as EV users and 40 volunteer user households in total. Already, 20 EV charging stands have been installed at five existing rapid EV charging stations, and there are plans to establish a total of 20 charging stations in the future."

It's good to know that EV owners will benefit from the new infrastructure. Regarding the water heater volunteers, well... it's better for them if it's windy outside until March 2015, because those demonstration will use wind power.

"On-site demonstrations will use wind power generation systems and power systems installed on the island of Maui, which generate a total of 72,000 kW of power. These power systems leverage information technologies to demonstrate controls for the power distribution systems and the load on the consumer side, as well as systems for controlling EV operations and charging, including various types of rapid charging devices. Operations at the demonstration site are scheduled to continue until March 2015, and following this period, subsequent studies and discussions will be conducted for implementing new business models based on the results of these demonstrations and evaluations."