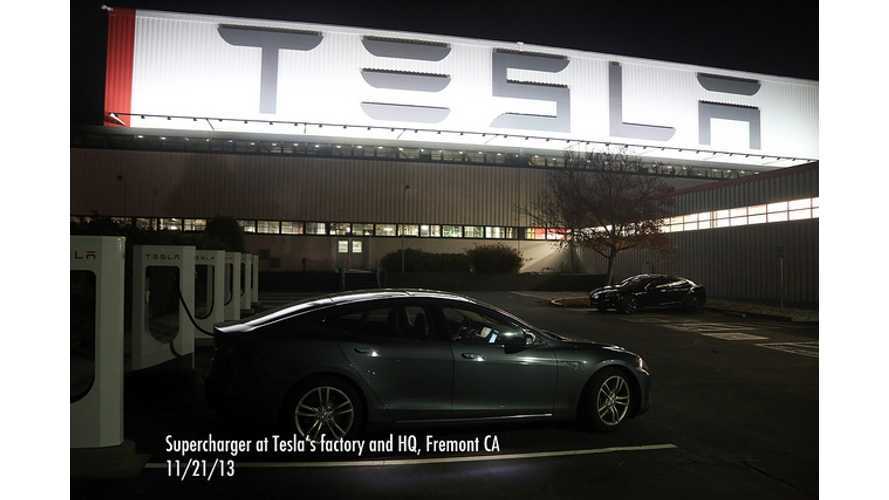 Tesla Motors is expected to complete an order for $415 million worth of new equipment to more than double production capacity at its sole US manufacturing site in Fremont, California.

If the SF Gate report holds true, then Tesla Model S production will actually exceed Tesla's own target announced in the past of 40,000 units in 2014.

Some of the equipment will no doubt be used to make components for the upcoming Mercedes-Benz B-Class Electric Drive, a vehicle that's powered by Tesla.  So, it's difficult to say for certain if Tesla now plans on bumping Model S production up to 56,500 units in 2014 or if a decent percentage of the additional production volume will be set aside for making those M-B components.  Remember, the Tesla Model X won't go on sale until late 2014 (think December or perhaps even early 2015), so the electric SUV doesn't really factor into the production increase mentioned here.

*Of note: Mercedes-Benz B-Class Electric Drive sales won't start in the US until Summer 2014.  The vehicle won't be sold nationwide until 2015.  So, it would seem that most of the added production capacity in Fremont will be for the Model S

As expected, Tesla will receive a tax break on the purchase of the new equipment, as do most all clean-tech companies in California. The tax break for Tesla is expected to be $34.7 million.