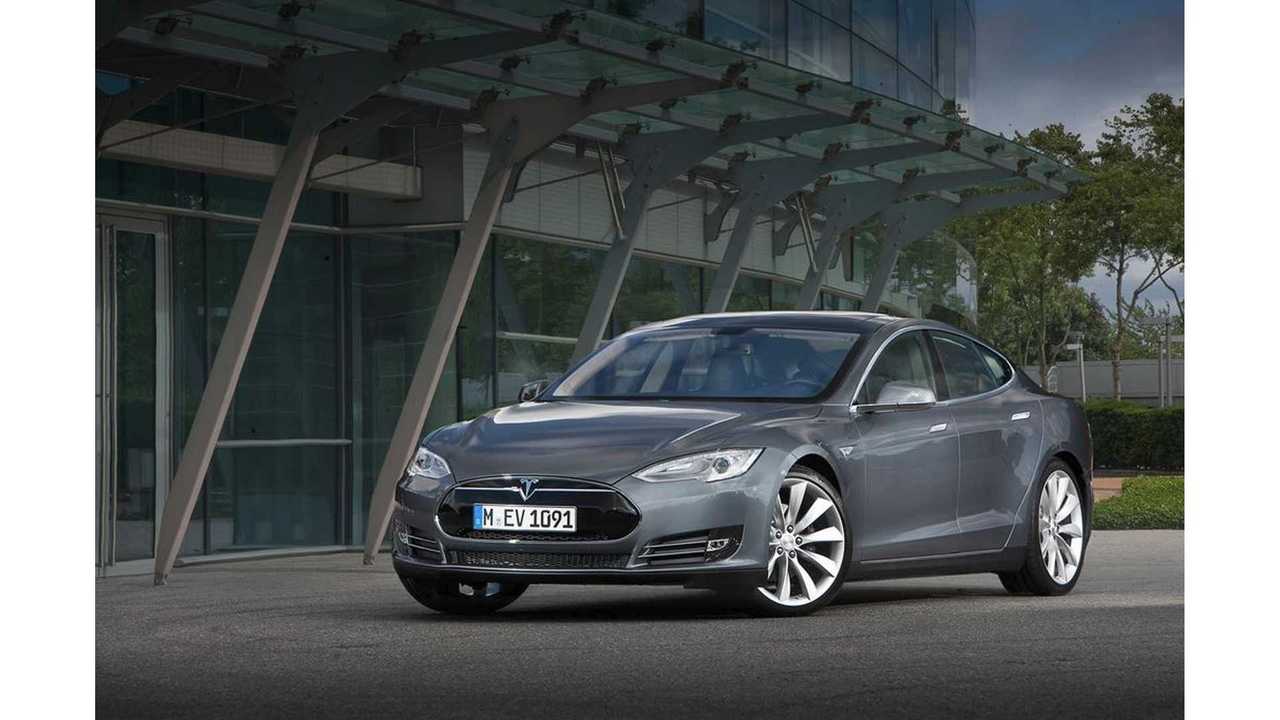 What the Tesla Model S really needs is a higher capacity battery pack, says perhaps only a handful of individuals.

The Tesla Model S 85 kWh carries the highest capacity battery pack of any passenger EV in mass-production today, yet that's not quite BIG enough for Tesla.

Tesla has never been one to wait for the competition to catch up.  So, as other automakers are now beginning to promise longer range EVs within the next few years, Tesla is moving forward with an even longer range EV of its own.

Loosely hinted at in the video below, Tesla CEO Elon Musk says that an AWD Model S is coming (likely when the AWD-only Model X enters full-scale production in April 2015) and that a larger battery pack option could arrive as early as 2015.

So, put it all together and what do you get? We're thinking the end result is this:

And then, if we're lucky, maybe even this:
++
Got a tip for us? Email: tips@insideevs.com