Op-Ed: All Electric vs Plug-In Hybrid 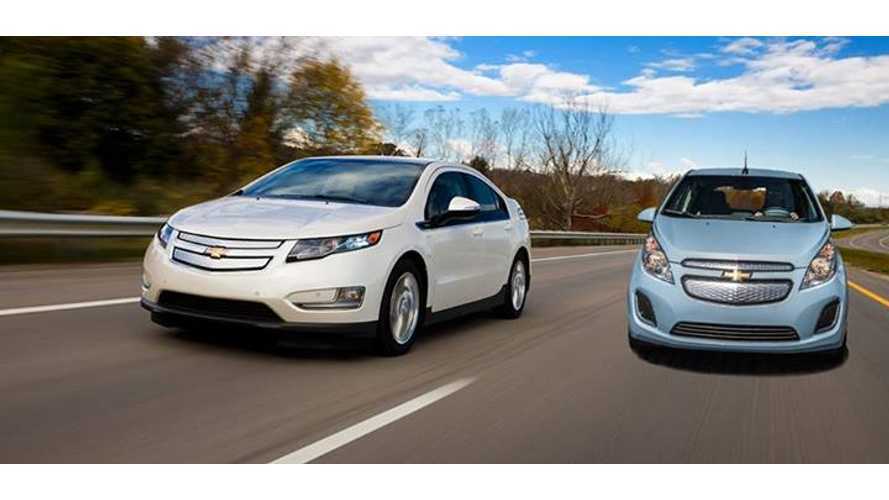 Is the BEV or PHEV the future?

I think most people who read this website agree that ultimately, the battery powered vehicle is the future of transportation. We just don't know how far into the future. So for the focus of this article, I'm talking about the next 10 to 20 years and I'm also talking about the USA with wide-stretches of highway and lots of rural land.

The Nissan LEAF Is Most Commonly Identified BEV Of Today

Now, obviously I suspect there is room for both technologies. In fact, in my household we have a Chevy Volt and a Nissan Leaf. So we have embraced both technologies. But I'm trying to look at where the market will go when the mainstream car buyer starts to purchase these types of vehicles.

Up to now, choosing a PHEV vs. a BEV has been a complex decision. It usually involves somebody picking between two very dissimilar vehicles such as the Leaf or Volt. There are a lot of differences between these types of cars besides just the power train. They have very different styling, different price, different number of seats, etc. As such it is difficult to say how many people picked a specific car due to the power train alone. All that's about to change, though.

One of the reasons I'm so excited about the BMW i3 is that it is the first vehicle to be offered with or without a range extender. I know there are a few minor differences, but for the most part the customer will have the option to buy what is essentially the exact same car as a BEV or a PHEV. In this particular case, we know the PHEV will cost more money, but not a huge amount. And I think anyone who can afford an i3 in the first place can probably afford the REx if they really want it.

BMW i3: Best Of Both Worlds? BEV and PHEV

There's another car that is rumored to help define this market too. There have been many credible rumors that Ford might build a "Focus Energi" which would be a PHEV with around 25 miles EV range. (that story here)

The Focus Energi would probably be priced within a few grand of the existing Focus Electric. So again, giving the customer the option of identical cars with PHEV or BEV power train. The focus may be an even better test bed since the two cars will probably be closer in price than the two BMW i3 models.

So what will these two cars tell us? Simple. They will tell us that with all things being equal, which power train will sell the most?

I'm going to make a prediction that the PHEV will start outselling the BEV by significant margins in the coming years. I know there are some "purists" out there. I was driving my Volt one day and parked next to a Tesla owner and he told me, "get that dirty thing away from me." However, when dealing with the American public as a whole, my experience is most people want that safety net of having gasoline for a backup. Despite that, there are some possible scenarios that might alter the course of things. My predictions are based on a few assumptions, such as:

So how could things change?

Nissan Has Shown Determination Installing A Lot Of Fast Charging Infrastructure Worldwide - Like This One We Snapped Outside Their Smyrna, TN HQ

To start with, Nissan is rumored to be increasing the range of the Leaf to an EPA 150 miles in the next year or two, while still keeping the car affordable. There are also rumors of Nissan starting a push for more charging stations, especially DC fast chargers. With 150 miles of range and plenty of locations to fast-charge, I think a lot of potential PHEV customers would easily make the switch to BEV.

Another way things could change would be that the PHEVs ALSO get more EV range. So imagine a Chevy Volt with 60 or 80 miles of range. I don't honestly see that happening simply because of cost and the fact that there are diminishing returns for every EV mile added to PHEV. But if the price and size of batteries improves more rapidly than expected, this could happen too - making the PHEV still a viable choice.

To put myself in the picture, being that I have years of experience driving both types of cars. I ask myself if I had the option of a Focus Electric with 75 miles range or a Focus PHEV with 25 miles EV range for similar price, which would I pick? I'd honestly pick the PHEV. 25 miles is enough for me to have a gas-free commute and still have the option to drive anywhere I need to go. But if that focus electric had 150 miles range and DC fast charge, at a similar price - then I'd go with the all electric.

There's one more wrench in the works, however. One that a lot of people don't think about. When discussing topics like this, one common assumption made is that people will sit down and logically compare all available cars before making their purchase decision.

Most people don't do that.

Keep in mind that it is still very common today for people to walk into a car dealership with absolutely no idea what car they want, then drive out in a new vehicle after the salesman helps them pick a car.

Although I have no hard data, I suspect that Ford's Energi products as well as Toyota's Plug-in Prius have sold quite a few vehicles to people who just came into the dealership and became interested in the car. For example, a person shopping for a Prius might not be aware of the PHEV version, but the salesmen mentions it as one of the options and viola! Another plug-in gets sold. When this technology goes mainstream, this will likely be the largest source of sales. And so it must be taken into account how likely it will be to get average Joe that walks into a dealership to make the leap to an all-electric vehicle or to move to a PHEV that gives them the comfort they're used to.

For At Least The Next Decade, The PHEV Likely Is The Most Common Choice Of Auto Buyers

So that about sums it up. We really don't know where this technology is going. It all depends on the cost and size of batteries. We see new stories in the news every day about a new breakthrough battery technology, but 99.9% of them are hyped nonsense it seems.

The only battery technology we can count on are the ones already in cars right now. Anything beyond that is just speculation unless you work for a car company and know what their plans are. So, when working with current technology, I predict PHEVs to win.