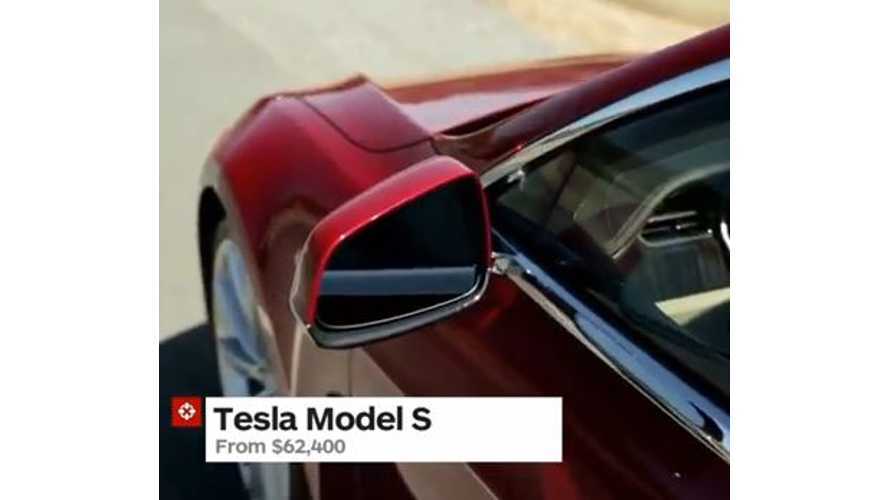 Tesla Model S in the Wind Tunnel - via Leilani Munter

Tesla Model S in the Wind Tunnel - via Leilani Munter

But in the category of technology/innovation, Tesla scored top honors:

"The least important car-buyer factor rated in this survey, technology/innovation, is still a significant consideration for many consumers. Automakers are racing to offer the latest, greatest infotainment and advanced safety features. And consequently, brochures and advertising are overflowing with similar-sounding systems from across the industry, making it difficult for brands to distinguish themselves. But this year, Tesla has done so, giving the fresh brand a commanding lead in this year’s rankings. Its Model S sedan is a rolling showcase for vanguard technology, with its potential 225-plus-mile electric-only range, gigantic touch screen control interface, motorized door handles, and available third-row seat. With the Model S, surprises and delights are bountiful."

What forms of technology matter most among buyers?  This is where Tesla's #1 placement becomes a bit suspect.  Here are the three tech features rated highest among buyers:

We're rather certain that Tesla is not a standout in at least 2 of those 3 categories (perhaps Tesla excels in navigation due mainly to the size of its display screen).

Tesla Tops in Tech and Innovation

Consumer Reports notes the following in regards to the technology/innovation rankings:

"These are the top five brands that car owners consider the best in this category. The accompanying percentage reflects those respondents who are aware of the brand and named the brand as their number one choice for technology/innovation."