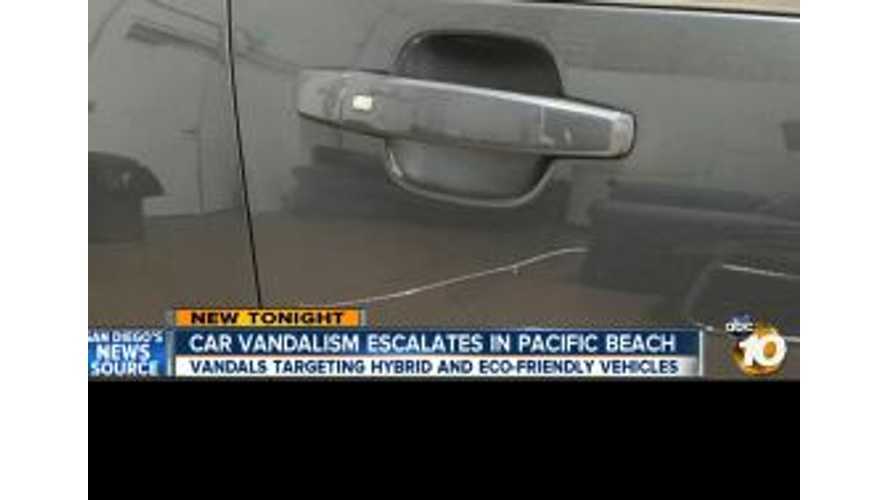 It's being reported that vandals are targeting hybrid and electric vehicles in La Jolla, California.

"10News was contacted by even more residents who have been hit by vandals in Pacific Beach and the Bird Rock area of La Jolla. The vandals are targeting cars with a special interest in hybrids and electric vehicles."

Keying and egging seems to be the most common type of vandal activity in La Jolla.  Though there have been some extreme cases of front grills getting ripped off of vehicles.

Check out the video for more on the vandalous activity going on in La Jolla.