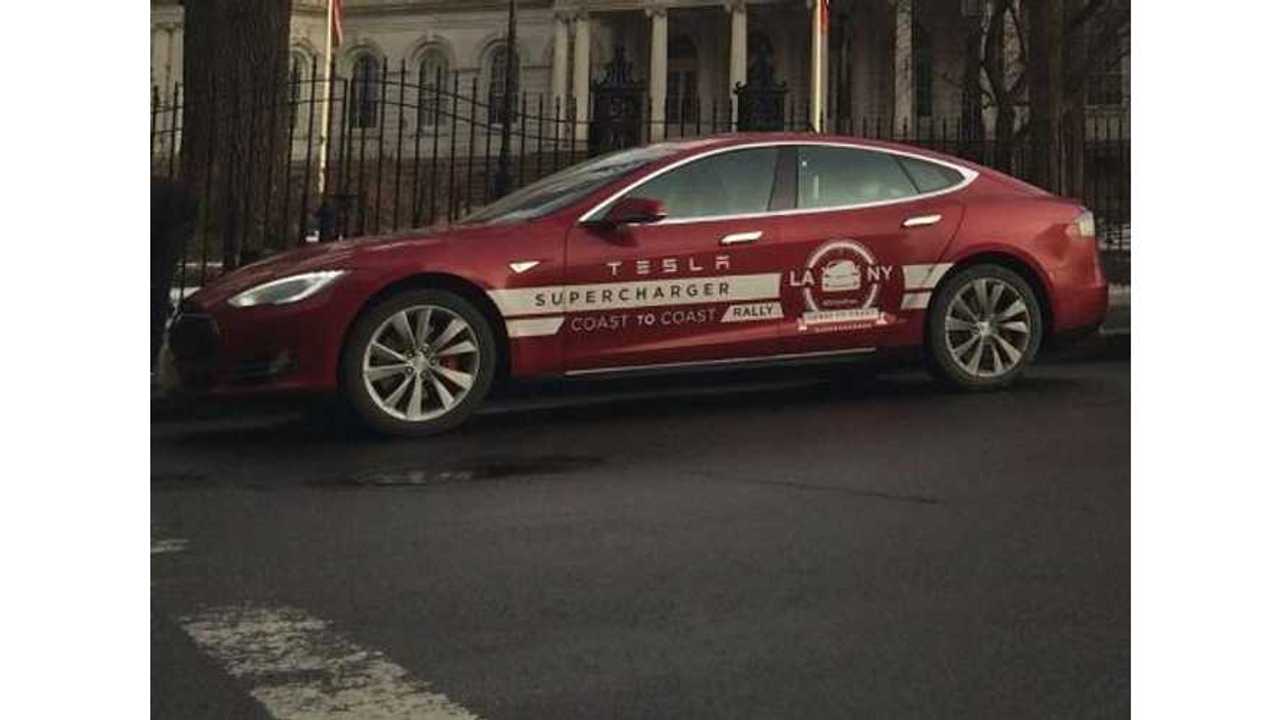 With the epic cross-country Tesla Model S trip now behind us, Tesla Motors has put up a"By the Numbers" blog post highlighting all sorts of interesting coast-to-coast drive stats.

Here's that blog post in its entirety via Tesla Motors:

On Sunday morning, the Tesla Cross Country Rally team completed its record setting trip across the US. We brought you daily updates from the road on our blog. Now, we’re bringing you the numbers.

Other “non-drive” time - 34 minutes - Used to put on chains before crossing Vail Pass.

This overnight leg included a blizzard, more than 12 inches of snow, icy roads, and high winds, resulting in significant traffic delays, the closure and then re-opening of I-70, the closure of the I-25, and the re-routing of the drive to CO-14 and then US85.

Total number of closed roads & highways encountered - Two (I-70 and I-25, both in Colorado)

Number of gasoline-powered support vans that broke down - One

Energy drinks consumed - Enough to power 1,400 lead-acid batteries - This is an estimate. Tesla uses lithium-ion batteries, which are friendlier to the environment.

The new Supercharger route that spans the US cuts a northern pass, taking drivers close to natural and man-made attractions, such as Arches National Park, Colorado Monument, Mount Rushmore, the Black Hills, Badlands National Park, the Grand Canyon, and the Hualapai Mountains. We didn’t have any time for sightseeing, but the views out the Model S windows were amazing. Here’s the exact route we took, including the distance between each Supercharger.

Our goal for the cross country trip was to achieve the lowest possible charge time for an electric car traveling across the US. With that in mind, we selected a Supercharger route that let us spend minimal time at each post. That means the Tesla team necessarily had to skip some of the Superchargers along the route.