IHS Automotive: Production of Plug-In Vehicles to Increase by 67% in 2014 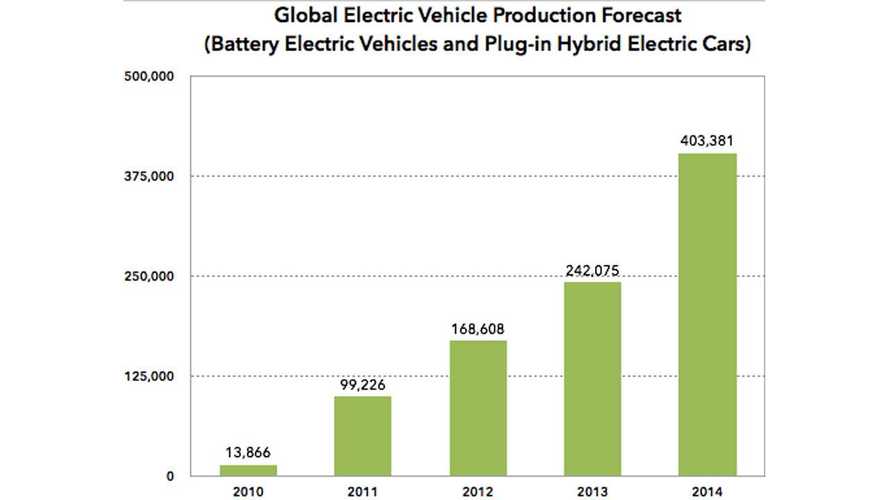 According to IHS, production of plug-in vehicles will increase by 67% in 2014, as compared to 2013's production.  This represents a massive increase over the expected 3.6% rise in production of all motor vehicles for 2014.

IHS says that its projected total global automotive sales for 2014 is 85 million and that plug-in vehicles will account for ~0.5% of that total.