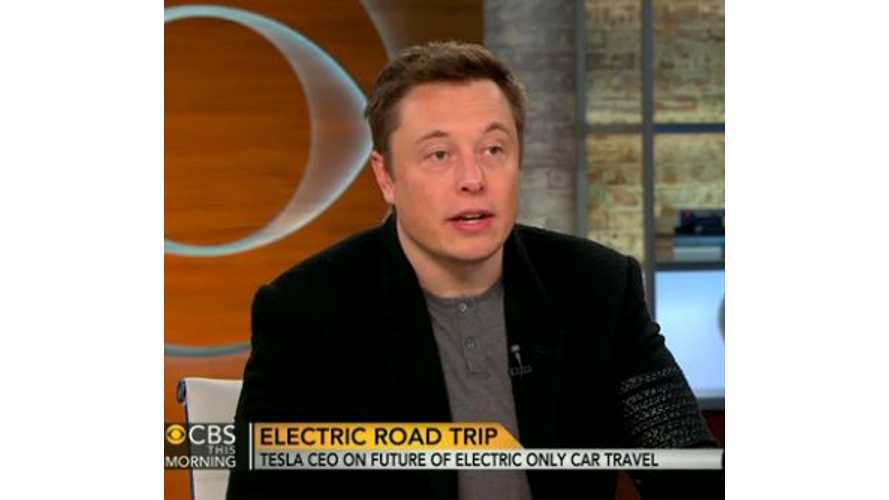 In this video, you'll hear what Tesla CEO Elon Musk has to say of the Model S fires, Model S safety, Tesla's coast-to-coast US road rally, pricing of the Model S and oh so much more.

Musk appeared on "CBS This Morning" to apparently discuss the recently completed US road rally, but the conversation immediately turned to fires.

As Musk notes, all automobiles have "some propensity to catch on fire, but our car is eight times less likely than a gasoline car."

"When a fire has occurred, it only occurs after high-speed impact and there's never been any injuries. Our car is, I believe...certainly unique in that no one has ever had a serious injury in our cars, under any circumstance."

In regards to the road rally, Musk states:

"They completed the journey despite multiple road closures and blizzards and, in some cases, traversing 12 inches of snow…"

"The gasoline support van…broke down, but otherwise, it was great."

"This is an important, historic milestone -- to be able to travel across the country, essentially as conveniently as one can do with a gasoline car."

Then there's some Model S price talk, in which Musk admits the Model S is too expensive and says Gen III will be half the price.